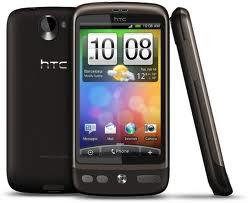 After the debacle surrounding the Android Gingerbread software update for the HTC Desire smartphone, HTC’s resolve to deliver the software update to end-users will result in the update to be delivered without select apps. It’s unclear which apps would be eliminated as a result of HTC’s efforts, but at least Desire owners will get a chance to experience a more modern operating system as a result. The company had alerted fans of its latest decision through Facebook:

To resolve Desire’s memory issue and enable the upgrade to Gingerbread, we will cut select apps from the release. Look for status updates starting next week. We apologize for any confusion.

In light of the surrounding issues behind HTC Sense, the Gingerbread update, and older HTC Desire hardware, it’s curious as to see how users will view the HTC Sense user interface. With earlier editions of Android where Google had not optimized the user experience on smartphones, proprietary add-on interfaces like HTC’s Sense experience made sense as it made Android more attractive and easier to use for end-users. Since Sense debuted, Android has gotten better and a number of third-party customization add-ons, widgets, apps, and launchers available through Android Market have enabled non-HTC smartphone owners to replicate many of the important functionality of Sense. As such, Sense’s bloated existence may be called into question in the future–even if the UI is among users’ favorite right now–if it causes slow downs or if it hinders future firmware updates on devices.