At Mobile World Congress, HTC had let it slip that the company’s HTC Vivid Android smartphone, which is available in the U.S. under carrier AT&T, will be getting an update in the coming weeks that will bring Android 4.0 Ice Cream Sandwich as well as Beats Audio support to the smartphone. The first feature, Android 4.0, is not surprising as the device is a relatively new model for HTC, but Beats Audio support is a bit of a bonus as there was no mention that this phone is a Beats-capable device when it was originally announced. 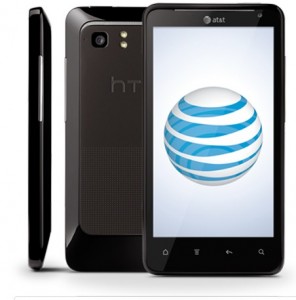 According to HTC, the Vivid will get Android 4.0, an updated Sense experience, and Beats Audio profiles. HTC had also announced at the trade show that Beats Audio support will be coming to all third-party audio and music player software you have installed on your phone. The Beats Audio experience will now no longer be limited to the built-in HTC music app on your Beats-enabled devices.

The software update is said to be deployed in the coming weeks, and will most likely be available as an over-the-air download so users can download and install the Ice Cream Sandwich update straight from their smartphones.

The Vivid will soon be succeeded by the HTC One X on AT&T. The HTC One X was announced at MWC was announced as an AT&T-exclusive device for the U.S. market. The device utilizes a slim form factor and comes with a 720p HD display, Android 4.0 and a new HTC Sense UI, as well as major enhancements to the camera.