HTC recently announced its new HTC U12+ smartphone, and there’s a lot to like. Whether that’s the big 6-inch screen, its four powerful cameras, or the pressure-sensitive sides to access the Google Assistant. If you’re looking for a new phone here’s what you need to know about the HTC U12+ release.

While HTC has struggled over the years, its new phone has more than enough to compete with the Galaxy S9 or Pixel 2 XL. This is HTC’s first phone for 2018, and it has all the latest bells and whistles minus the trendy screen notch.

In a surprise move, HTC announced its latest phone and made it available on the same day. You can pre-order this new phone in two different colors starting May 23rd. It’s available in Translucent Blue or Ceramic Black. They’re also offering a limited edition Flame Red for other regions outside the United States.

And while they didn’t share an actual release date, we’re expecting pre-orders to ship within the first two weeks of June. Click here to pre-order yours today.

With pre-orders already available what makes the HTC U12+ worth buying? That depends on your personal preferences, but it has the highest-rated camera of any smartphone. Here’s what completes this new phone for potential buyers.

As you can see, the HTC U12+ has everything buyers expect from a flagship smartphone in 2018. From a powerful processor, the latest version of Android, water-resistance, and a great camera experience.

Speaking of the cameras, this phone has four of them. HTC is really excited about the camera hardware and software experience too. In fact, the HTC U12+ received one of the mobile phone camera rankings from DxO, a popular camera testing site. Reaching a combined score of 103 which tops the Galaxy S9 or Google’s Pixel 2 XL. 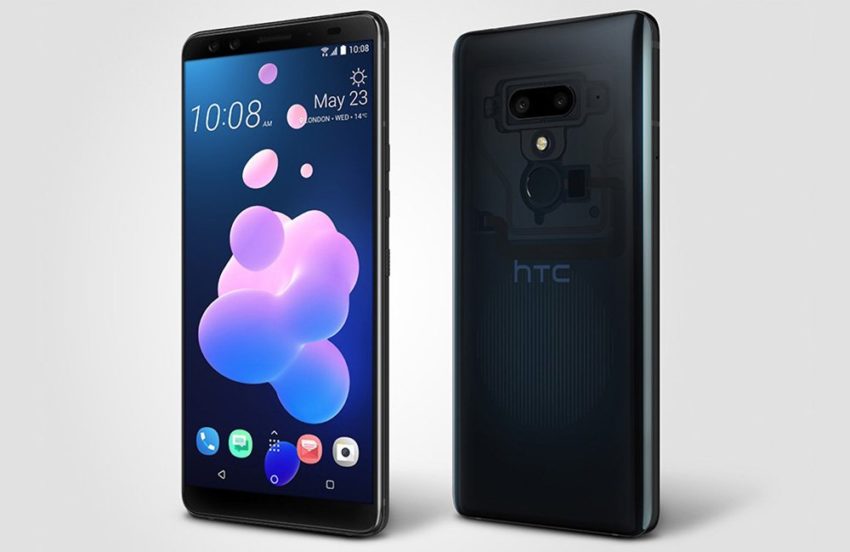 The only things missing from this otherwise excellent phone is wireless charging and a 3.5mm headphone jack.

If there’s one major downside to this pretty compelling smartphone here in 2018, it’s the lack of carrier support. While more and more people continue to buy phones unlocked and outright, most people in the US still get phones from carriers like Verizon and T-Mobile.

Read: Here’s Why You Should Wait for the U12+

Unfortunately, the HTC U12+ is only available unlocked from HTC or online retailers like Amazon. It has global network bands that support Verizon Wireless, AT&T, T-Mobile, Cricket, MetroPCS, and most carriers around the globe. This phone does not work with Sprint. So while you can buy it unlocked and enjoy it on most US carriers, it’s not sold in stores.

Last but not least, we need to talk about the price. This is an expensive phone coming in at $799 for the 64GB model, and $850 for the 128GB option. That’s just as expensive as the Galaxy S9 or LG G7 ThinQ, without carrier support or monthly payment plans.

You can get the Translucent Blue HTC U12+ starting May 23rd for $799 or $850, or the Ceramic Black model in 64GB for $799. Those are the only two models available in the United States. HTC does offer easy financing on its website getting you the U12+ for $34 a month for 24 months for those interested.