T-Mobile USA didn’t have many significant announcements this year at the Consumer Electronics Show unlike rivals AT&T, Verizon Wireless, and Sprint, but the nation’s fourth largest carrier may have something big coming in the form of the HTC Ville, a super slim and thin smartphone. The device has been rumored for months now and is expected to arrive this Spring on T-Mobile USA. 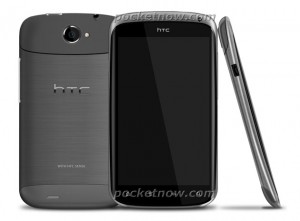 The Android smartphone will incorporate what looks to be a unibody construction, large capacitive touchscreen, along with Beats Audio integration. Featuring a design that’s devoid of any Android navigation buttons, capacitive or hardware, the HTC Ville will come with Android 4.0 Ice Cream Sandwich, which moves the navigation button onto the screen.

Unlike the HTC Rezound, HTC’s first Beats Audio handset in the U.S., the Ville will not have a 720p HD display. Rather, it will incorporate a 4.3-inch qHD resolution Super AMOLED screen.

The Ville will utilize Qualcomm’s powerful Snapdragon S4 chipset with dual-core and clocked at 1.5 GHz. The S4 chipset will provide advanced graphics and processing power on a mobile device.

Additionally, HTC will be launching a new service called HTC Family, which will help families communicate.

The Ville is anticipated to debut this Spring at CTIA Spring, which will take place in May in New Orleans, LA.