T-Mobile has announced the upcoming availability of a phone called the HTC Wildfire S, a short time after the specifications of the phone leaked out. The Wildfire S, which is a mid-level device, is expected to go on sale on August 3rd with an $80 price tag and is set to do battle for the hearts and minds of people who don’t want to spend a ton of money on a phone or don’t think they need the latest and greatest features. 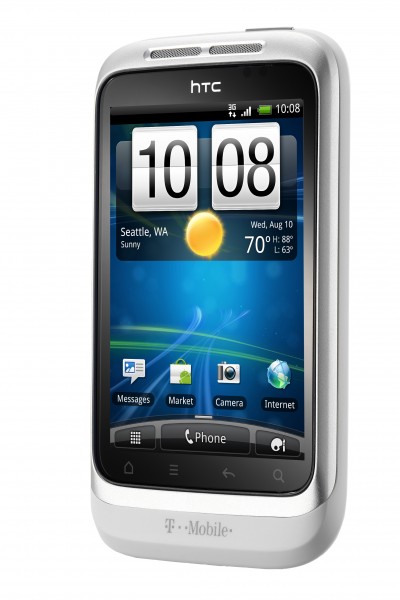 The HTC Wildfire S is going to be an Android 2.3 powered device, a big plus, and it’s going to come rocking a 3.2-inch capacitive touch screen display, a 5-megapixel camera and video recorder, and will be available in two different colors – white and black – when it arrives in August.

It’s going to be a tough sell for T-Mobile, especially with the HTC Sensation 4G already out and the myTouch 4G Slide on the way. It also doesn’t help that HSPA+ 42Mpbs smartphones are on the way this year as well.

However, if you just need a stylish but basic device, the HTC Wildfire S will definitely be worth checking out.