It has been awhile since HTC released a tablet device to the market but it would appear that the company is working on a new tablet that might be powered by Android 4.1 Jelly Bean when it arrives.

The Taiwanese company has confirmed plans for a new tablet to PC Advisor. The company has stated that the new tablet will be hitting the United Kingdom, something that didn’t happen with tablets like the HTC Jetstream, a 4G LTE tablet that launched on AT&T.

HTC did not confirm any details about the tablet, only confirming that it has plans for a launch. That means no specifications, no release date, and no launch regions outside of the UK are currently known.

It did however say that the tablet would have a unique selling point. 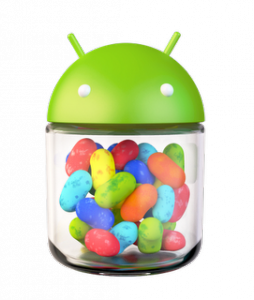 HTC is said to be working on a new tablet.

However, because Android 4.1 Jelly Bean started to roll out yesterday, it’s safe to assume that the tablet will likely have Google’s latest operating system on board when it arrives.

With no scheduled events coming up, the IFA Conference in Berlin, which is scheduled to take place in August, could be the place that HTC decides to take the wrapping off of its next tablet device.

When and if HTC decides to re-enter the tablet market, the device will follow two devices that didn’t perform as well as the company would have liked.

The HTC Flyer was met with stiff opposition not only in the Android market itself but from Apple’s iPad. And the HTC Jetstream, its expensive price tag and its lack of an upgrade to Android 4.0 Ice Cream Sandwich helped to keep it on shelves.

HTC has said it in the past that it plans to release fewer devices with a focus on quality and hopefully this tablet follows in the footsteps of the HTC One Series which kicked off this new era in HTC devices.