Following the naming convention of HTC’s Android-powered One series, the company’s Windows Phone 8 lineup may debut later this month at a scheduled HTC press conference bearing the 8 branding to signify the 8 numbering convention behind Microsoft’s OS. The new phones, may be called the HTC 8X, the HTC 8S, and the HTC 8V mirroring the monikers behind the One X, One S, and One V with the X being the flagship, the S to be a mid-range model, and the V a more entry-level offering. 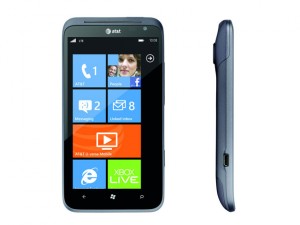 According to speculations made on Pocket-lint, the previously leaked HTC Accord, which is said to be the flagship Windows Phone 8 model from HTC, will become the HTC 8X. Those leaks suggested that the HTC Accord will have a 4.3-inch HD display, though it may make better sense if the HTC 8X debuted with a 4.7-inch HD display to mirror the Android-based HTC One X. The larger display would allow the HTC 8X to then replace the HTC TITAN II with its large screen.

The HTC 8S is speculated to have a 4.3-inch display mirroring what HTC is using on its One S smartphone on T-Mobile’s network. It’s unclear if the HTC 8S will use the same micro-arc oxidation treatment to create a ceramic coating on the unibody shell like the One S.

The HTC 8V will likely have a 4-inch WVGA display resolution.