At CTIA 2012 in New Orleans, we were able to go hands-on with the device that Huawei hopes will compete with the likes of the LG Optimus LTE2 and the recently announced Samsung Galaxy S III.

The hardware on the Ascend D Quad is nothing short of impressive as Huawei has loaded the device up with features. First, the Ascend D Quad sports a 1.5 GHz Huawei quad-core processor which we found to be extremely snappy. It handled Android 4.0 very well. It also sports a large 4.5-inch HD display that offers 720p resolution.

Its display offered up rich, vibrant colors and good viewing angles, something that consumers demand out of a large screen smartphone. Needless to say, it left us pretty darn impressed. 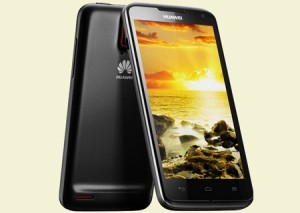 It also features a rear 8MP camera which Huawei is touting as “best in class.” We didn’t get to spend a great deal of time with the camera so at this point, we can’t agree or disagree with the company’s claim.

The device also sports a large 2,500 mAh battery that should be able to handle both HSPA+ and 4G LTE networks with ease.

As for the overall design of the smartphone, it’s pretty standard but it’s also both thin and light which makes it easy on the hands.

Huawei is keeping a release date for this phone close to the chest but did mention that it would like to get a 4G LTE version of the device out in the United States sometime this summer although no U.S. carriers have announced that they will be carrying the phone.

We hope that at least one decides to because this is one gorgeous smartphone.