Chinese smartphone-maker Huawei is looking to push the phablet computing category and the company looks poised to releasing a smartphone device with an 8.5-inch display. Diagonally, the display will be three inches larger than the Samsung Galaxy Note 2, the largest–and most popular–phablet on the market today with a 5.5-inch HD Super AMOLED panel. 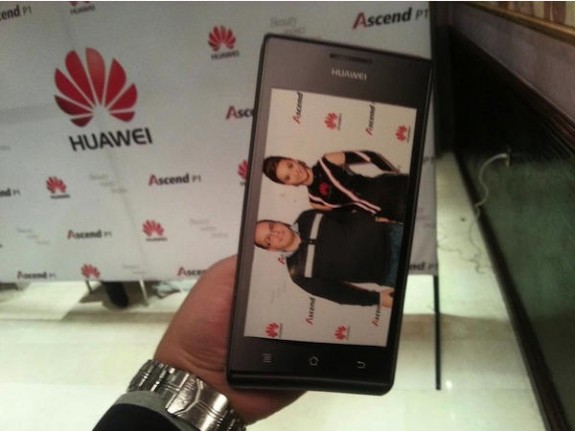 In the recent past, Huawei executives gave a coy teasing comment suggesting that would-be Note II buyers wait for the company’s own phablet that should be arriving soon. It’s unclear if the image that was teased of Huawei smartphone–posted on Android Authority–with the massive 8.5-inch panel represents the device that Huawei executives were teasing about before in comments. However, with an 8.5-inch panel, the device could potentially be considered a true tablet with voice capabilities built-in as there are tablets with 7-inch displays and Apple’s recently launched iPad mini arrived with a 7.9-inch panel.

It’s unclear how successful the product will be as having a device of that size–even with a narrower width and longer form factor as the Huawei device seemingly possesses–may still be uncomfortable to carry around all the time in a jacket pocket. A phablet with a display size between 5 and 6 inches may be more convenient to have all the time wherever you go.

The phablet category is starting to heat up. LG, Samsung, and HTC have already launched devices with large screens, and more devices from more manufacturers are on the way, including Huawei, Sony, ZTE, Oppo, and others. Having a large enough screen to allow users to be productive on the go and deliver a better user experience without requiring too much panning or scrolling lends to a tablet-like experience while the large but still pocketable display makes the device feel like a smartphone still. Huawei’s 8.5-inch device–if ever released–may be the largest of such device when it comes to market.

Huawei may potentially announce the device in January at the Consumer Electronics Show.