It looks like Hulu may have updated its Hulu Plus subscription TV and video streaming app to bring broad Android compatibility. Before, like Netflix, Hulu Plus would only work on a number of certified Android handsets–perhaps due to DRM issues on Android–but now the app seems to be working fine on a number of Android phones that were previously unsupported with the older app version. 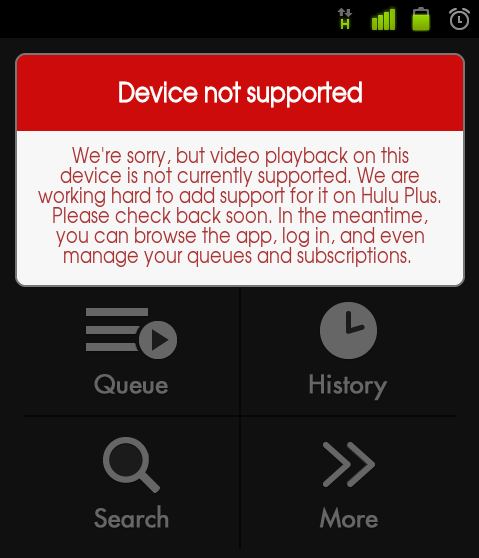 Users on Android smartphones that were previously not supported by Hulu Plus were given a red pop-up box stating that their devices are not supported. However, given recent news, it appears that Hulu Plus’s latest app update may remove hardware checks on device, allowing for broad Android compatibility for streaming.