In just five years, remembering complex alpha-numeric passwords will be a thing of the past as IBM is predicting that passwords will go the way of the dinosaur by 2017. This may be good news for many people, who have to remember a slew of passwords and passcodes for all their digital accounts, banking and financial data, computer and phone log-ons, and various social networks and other accounts that they may hold. But on the opposite side, what IBM is proposing could have drawbacks as well, especially for those who are wary or fearful of exposing even more personal information due to privacy concerns. 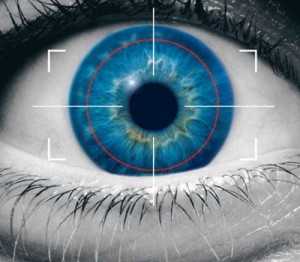 Rather than a string of carefully selected numbers, letters and symbols pieced together to form a password, IBM says that in 5 years time, we’ll be logging into our accounts with our unique digital DNA. Sounds a bit like the movie Minority Report? Well, it sort of is. Digital DNA will rely on personal identity to log you into your accounts, rather than passwords.

Your digital DNA may include  facial recognition, eye scans, voice files, and other biometric data that can be used. We’re already seeing facial scanning in play from Google’s latest Ice Cream Sandwich version of Android, and Apple has already filed for a patent on the technology.

And speaking of cell phones, IBM believes that in 2017, 80% of the world’s population will own cell phones, leading to the democratization of information.