Rumors are swirling around the possibility of Microsoft letting their precious mobile games out of the Windows Phone 7 gated community and into other mobile neighborhoods. Specifically onto Android and iOS devices.

Sparked by a leak to Business Insider and further fueled by a statement to Forbes that all but says Get your thumbs ready, kids!, mobile gamers and Xbox addicts everywhere are salivating at the prospect.

While the Microsoft spokesperson might be right that “the Xbox Live experiences and games always work best on the Windows platform,” consumers are willing to settle for slightly less than perfect to feed their addiction. 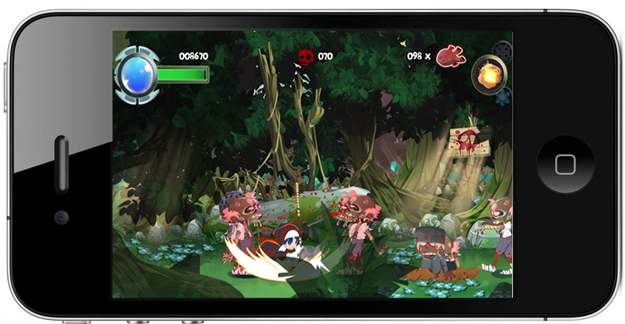 It does raise the question of whether Microsoft will put in the necessary work to get Xbox Live games working well on iOS and Android devices. Presumably they won’t want gamers to have a bad experience with the games even if they’re not running on a Windows phone. I don’t see someone switching devices just for games — and given the state of WP7 market share, neither does Microsoft.

Perhaps there’s no reason to worry. Kinectimals for iOS is doing well and enjoys a 5 star rating in the App Store.

The Forbes article points out that Xbox Live games generate a lot of income for the company and that the division (Entertainment and Devices) that handles both Xbox and WP7 is one of the best the company has overall, revenue-wise.

If Microsoft is going to roll with the strategy that it’s just as or more important to hook people on content, not only devices, I have a request: Can we please get Zune on Android and iOS, too?

I know the company has given up on Zune HD, even if they’re reluctant to admit it. Maybe this is the right decision even though I personally shed some tears. The energy that went into the Zune rightly shifted to Windows Phone 7.

The Zune music and video service lives on, even if it’s wedded to Xbox Live. Zune Pass is a hidden gem for music lovers. For $14.99 a month you get access to unlimited tracks from major and indie labels. Yeah, you get that with Spotify and Slacker Radio and others. But Zune also gives users 10 free tracks a month to keep forever.

The only downside is that the subscription tracks are protected WMA files that only play on certain devices. Zunes of course, WP7 handsets, and some MP3 players, but not Android or iOS devices.

Have a little more corporate greed, Microsoft, and extend your empire to other devices. Please. Consumers will give you money to do so.