Xavier Lanier reported from the iPhone 4 OS launch at Apple headquarters that Steve Jobs answered a question about the possibility of a stylus for iPad with this little gem:

“If you see a stylus, they blew it”

Gotta love Steve J for his “super” quotes. Well sorry folks, but I’m with Steve on this one. For me the gem lies in the distinction between an active digitizer pen and a stylus.

You see, when Steve J thinks talks about stylus, he’s most likely talking about this (no offence Warner): 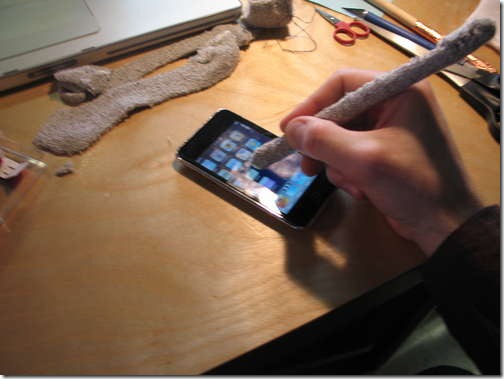 That’s right it’s a DIY stylus for a capacitive touch screen, like the one on the iPad.

When I think of a digital pen, I think of the active digitizer pen that did this: 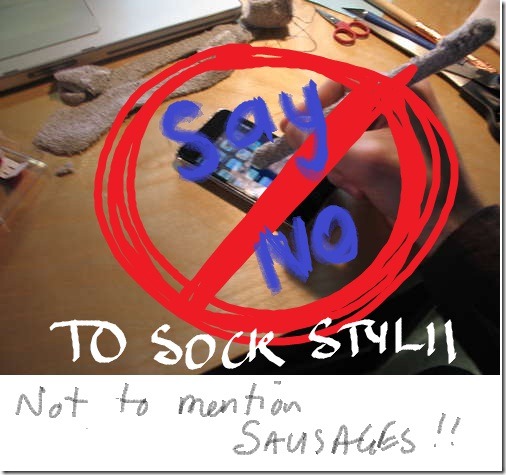 As has been noted on these pages many times, using a stylus on a touch screen is awkward and limited at best. On the other hand, an active digitizer is a “powerful” tool that opens up “magical” possibilities.

For those who don’t know the difference (and true inkers know that this means the kind of people who will buy an iPad) here are a few pointers. Regular inkers, you probably already know this so feel free to skim it!

So, if you want to capture information unbound from a desk, standing up and walking around in the wide world on a slate – for example at an Apple press event – then you’ll need an active digitizer and not a sock stylus!

Tablet PCs with active digitizers can capture information in a way that all of those hundreds of Apple devotees at the iPhone OS launch event could not do on their iPads – and that is worth far more than 150,000 iPhone apps blown up big to me…

So Steve Jobs is right, if you see a stylus they blew it. If you see an active digitizer on the other hand, then write on!

– This article was handwritten on an active digitizer Tablet PC, one handed over breakfast using OneNote.