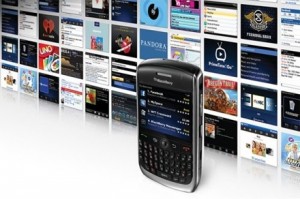 It’s unclear if RIM and Google will also clamp down on in-app purchases with some of their third-party e-reader apps like Apple has recently done, but the two competing platforms to iOS have unveiled their versions of in-app purchases.

Research in Motion has unveiled BlackBerry App World 2.1, the platform’s app store, which will now support in-app purchases. RIM’s announcement came on the heels of Google‘s in-app purchase announcement along with their press event to show off features of Android 3.0 Honeycomb and a web-based Android Market interface.

In-app purchases help to augment the value of an app or game, provide value to a user, and also help to drive additional revenue to developers for an existing app or game title. After a user downloads a game, either for a fee or for free, from the platform’s app store, the user can gain additional functionality or unlock extra features by paying an extra fee rather than having to purchase a sequel or forcing developers to give away additional levels for free via a software update down the road. In one example, for city guide books, developers can add additional city guides to an existing app and users can purchase the guides that are relevant for them and have just one app, rather than various apps for various cities.

While BlackBerry’s in-app purchase mechanism is now live, Android’s will be live at the end of this quarter.