When Apple announced the iPhone 5, many were disappointed about the lack of inclusion of NFC hardware that would enable more wireless, near-range communications with neighboring devices. However, given the use of Photostream in the Photos app and Apple’s Passbook app, it makes sense for Apple to not include the emerging near field communications technology that hasn’t quite yet emerged. 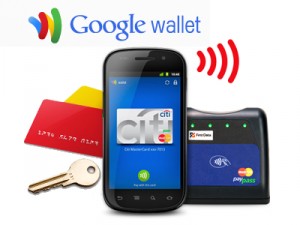 NFC. NFC has been used in one capacity as an enabler for mobile payments and many in the U.S. are familiar with the concept, though may not have seen or know quite how it works. This isn’t surprising as the only NFC-compatible equipment in the U.S. are more recent Android smartphone releases on U.S. carrier Sprint’s network as well as Google-branded Nexus smartphones and tablets.

For NFC to work in mobile payments, merchants at physical retail stores would have to install compatible NFC readers. Visa uses Blink and MasterCard uses PayPass. Those machines would read the stored card information and then charge the credit card, through the phone, so that the credit card won’t even need to be swiped.

However, carriers want a profit out of this new market and AT&T, T-Mobile USA, and Verizon Wireless are holding out to develop their own ISIS system to rival Google Wallet, creating a disparate mess where there may be incompatibilities. It’s definitely in the emerging stages and finding a compatible merchant to use my compatible phone on Sprint is chaos enough. 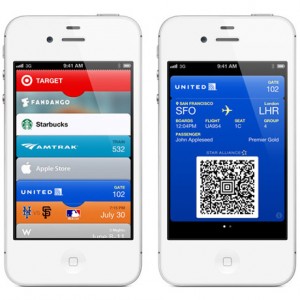 Apple’s Passbook. Apple’s omission of NFC as a payment mechanism on the iPhone 5 may make sense. The company’s philosophy is that things should work and consumers shouldn’t have to worry about the technology. With Google Wallet and ISIS battling it out, and a lack of wide-scale merchant support, Apple is letting the market sort things out.

Instead, with Passbook, no new technology would need to be implemented on the part of the merchant or on the part of the user. Rather, gift cards and supported credit cards–American Express is joining up–would be registered as a scannable barcode. At a Starbucks and want to pay for that latte? Pull up your Starbucks PassBook card and the clerk can scan your barcode. At Bloomingdale’s and want to pay for that new sweater? American Express will allow the retailer to scan a barcode with information that ties into your charge card and American Express account. Existing legacy technology will simply work and merchants are likely to embrace this over installing new credit card terminals with NFC readers.

Over time, Apple could include NFC for mobile payments, but right now, it’s still a nascent market with too many uncertainties, huge power struggles between vendors, hardware-makers, credit card companies, and carriers on how to split the profits. Apple may be smart in waiting it out. 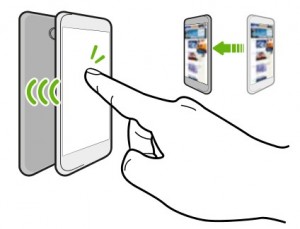 NFC. Sharing is caring, and Google wants you to care about your friends with Android Beam. The technology allows users to share photos by simply tapping two devices together back to back. Granted, those devices do have to have NFC chips, but the process is easy, fast, and convenient. Now, the difficulty is finding another friend who has an NFC phone to share with.

Sharing here extends beyond just images. Users can share web URLs and other content, including files and documents. This is a nice way to share when you’re near someone without having to worry about emailing, uploading, downloading, and the process is rather fast and painless. However, the drawback is that not many devices support NFC and the trouble with asking users if they have an NFC phone, and possibly having to explain NFC, means that I just do things the old fashioned way via email and Dropbox. 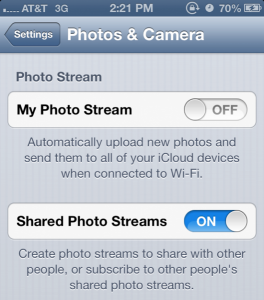 PhotoStream. I love PhotoStream and I also love to hate PhotoStream. At its core, it allows users to share streams of photos with each other, much like a Flickr group or stream, and those streams can be private. You can share from anywhere as everything works over the Internet and iCloud. You can also share publicly and generate a URL for shared images to share with non-iOS users. The downside is that I can start a PhotoStream, but my friends cannot add to that same stream, so then for a single event with multiple iPhone cameras, there would need to be multiple PhotoStream. Apple could have thought things through, but at least now I can share with all iPhone users on iOS 6 and won’t need to find that other NFC phone user to care about.

The downside here is that this method only works with photos at this time. Got an iWork file or a document or PDF to share? You’ll have to do it via email or upload it to the cloud in some other fashion. 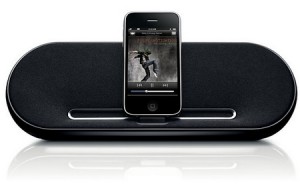 NFC. Nokia is a big proponent of using NFC to pair devices, like earphones and speakers that can connect to your smartphone via Bluetooth. Rather than dive into your phone’s complicated menu and figure out pairing codes, NFC will easily allow your phone to pair with your NFC + Bluetooth speakers just by tapping the two items together.

Apple’s Ecosystem. In the past, Apple has relied on its Dock Connector ecosystem to avoid Bluetooth all together and tie users in with hardware. Buy a speaker dock and drop your iPhone 4S or earlier model in and you’re good to go. With the iPhone 5’s Lightning port, it’s unclear if accessories-makers and consumers will buy into a new Lightning ecosystem, or if Bluetooth will be the way to go moving forward. Either way, thus far there has been a dearth of NFC-equipped Bluetooth speakers and headphones and no iPhone 5-compatible speaker dock. We’ll have to see where the market takes us.

There may be other uses for NFC that makes sense, but given today’s dearth of NFC compatibility, it’s too early of a market to enter. Apple may have done the right thing by sparing consumers the confusion with NFC technology by simply ignoring it for now. Who knows what will bring in the future.