Users of devices running Apple’s iOS 7 operating system, like the iPhone, iPad and iPod Touch, didn’t have first-party gaming controllers to choose from this time last year. Now they have at least three iOS 7 controllers that support the features that Apple implemented with their last system update, and it appears both the SteelSeries Stratus controller the Logitech iPhone MFi controller are in the midst of a pricing war that will save users a bit of cash. 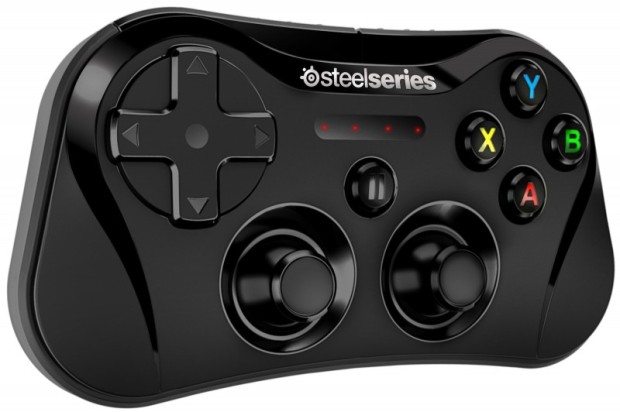 The SteelSeries Stratus controller for iPhones and iPads running iOS 7.

Shown off at this year’s Consumer Electronics Show, the SteelSeries Stratus controller for iPads and iPhones running iOS 7 was the first to get a price cut. Users can now pre-order the SteelSeries for just $79.99. That’s a bit less than the $99.99 the controller was originally priced at. GottaBeMobile found the controller’s design and button layout to be pretty decent at the show. It’s reliance on Bluetooth wireless technology also pleased us since we wouldn’t have to stay tethered to our favorite Apple gadget. About the only thing we didn’t like was the controller’s price. 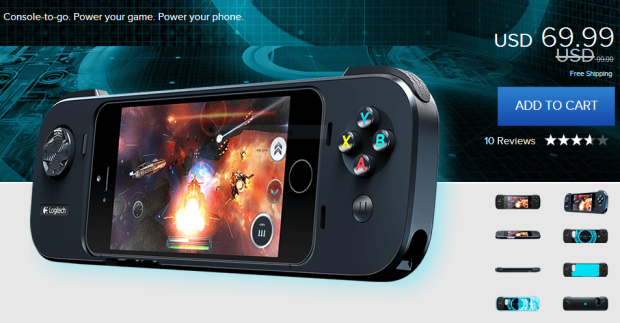 Officially announced last fall, Logitech’s PowerShell controller for the iPhone 5 essentially turns a user’s iPhone into a candy bar styled handheld gaming console that comes complete with buttons triggers and a single directional pad. Unlike the SteelSeries Stratus, the PowerShell isn’t built to be an external accessory. It fits around the user’s entire iPhone. As such, it’s only compatible with the iPhone 5s, iPhone 5 and the 5th generation iPod touch. It also includes a built-in battery to charge the device itself. The PowerShell originally went on sale at Apple’s retail stores and BestBuy’s website for $99. Logitech’s website now shows the PowerShell as costing just $69.99. That’s $30 less than it cost users originally and $10 less than the SteelSeries controller. Unfortunately, Logitech informs us that this pricing will only last until February 1st.

It’s entirely possible that both controller manufacturers already had plans to slash prices. That being said, it’s more likely that both manufacturers simply weren’t seeing high-demand for their controllers with that original pricing. After all, an iPhone 5s costs users $199 with a two-year service agreement on most carriers. That would mean that users would need to be comfortable with spending 50% of the purchase price of their new device on an external accessory. These controllers do allow iPhone owners to add tactile feedback to their favorite games, but it remains to be seen how much that functionality is actually worth to users.

To be clear, there’s also a third iOS 7 controller maker attracting attention: Moga’s Moga Acer Power. It completely collapses in on itself for portability and boosts the iPhone 5s’ battery life. Moga hasn’t slashed anything off its $99.99 price tag.