Incipio’s line of ClamCase keyboard cases has expanded today with the announcement of seven new models, including one for the new iPad Pro.

The ClamCase+ works with Apple’s new iPad Pro tablet and there’s even a model built for the iPad Air 2 as well. The case comes with a backlit keyboard with adjustable brightness, a 360-degree hinge that allows you to place your iPad in many different positions and angles, and built-in sensors that activate the auto wake and sleep functions for your iPad.

On the iPad Pro model, there’s even a slot to store your Apple Pencil, which is super convenient since Apple Pencil storage is hard to come by without some sort of case that includes such a feature. 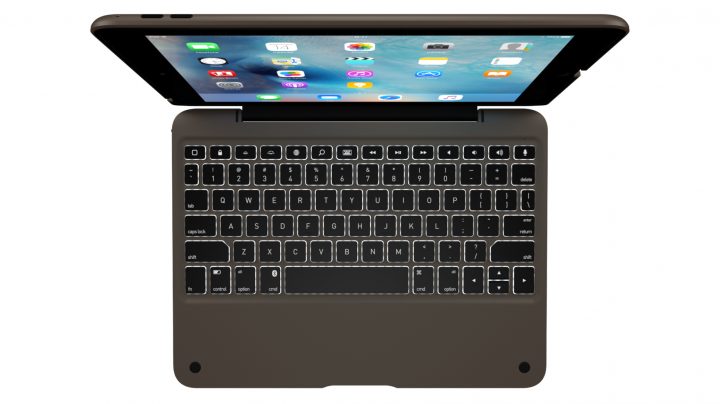 The ClamCase+ will release at some point during the second quarter this year at a price of $169 for the iPad Pro model and $149 for the iPad Air 2 version.

Incipio also announced the ClamCase Pro for the iPad Mini 4, which comes with an included internal battery for self-power, and better Bluetooth support that allows for one-touch pairing in seconds.

There’s also the ClamCase+ Power for the iPad Air 2, which includes a 6,000mAh battery that can charge your smartphone or other mobile device while you use it. The USB port is even a 2.1A port that can easily charge up your iPad.

Lastly, there’s the ClamCase Prompt, which has visual alert capabilities via a small OLED screen that can notify you of notifications that you have without bugging you — great for when you’re in the middle of meetings. However, this is the most expensive option out of the new offerings, priced at $199.

All these new cases will release at some point during the second quarter this year.