While much of the world celebrated the life of Steve jobs on October 16th, I lost my aunt Rosie.

Rosie’s life reminds me why the innovation we as consumers love is so damn important.

Rosie had developmental disabilities, but didn’t let that stop her from touching thousands of lives and sharing a desire to use technology to do so.

From an early age, Rosie introduced me to the Atari. Even though she eventually took it back, I was hooked on videogames. 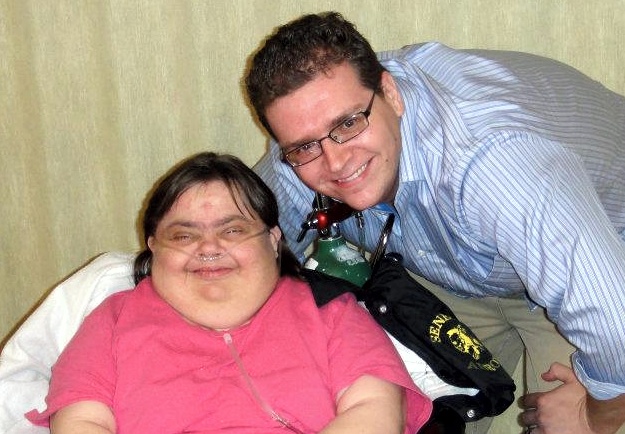 Soon, Rosie was asking me to help her make cards and banners on our first family computer. Rosie couldn’t work this machine on her own, so we made hundreds of pages of dot matrix printed banners together. When we got a color printer, we printed off many more, chewing through ink cartridges like candy. 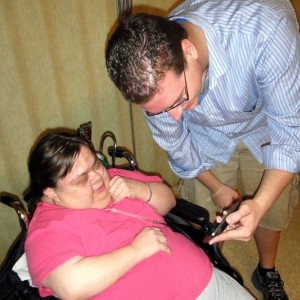 Rosie Checks out her picture on the ThunderBolt

As time moved on, further innovations made it possible for Rosie to use a computer on her own.

These innovations are the result of competition between companies like Microsoft, HP, Apple and Google. Companies led by inspired leaders who wanted to push the boundaries of computing.

We spend a lot of time in the comments, and even in posts, debating which platform or product is better, but at the end of the day, we all benefit from the competition which is so fierce in the technology industry.

Without competition, without industry leaders constantly raising the bar, we wouldn’t have amazing devices like the iPhone 4S and the upcoming Samsung Galaxy Nexus — and Rosie might not have had her own touch screen computer.

In early 2007, Bill Gates unveiled the first mainstream touch screen desktop all-in-one from HP. A few months later Steve Jobs shared his vision for our touch screen future with the introduction of the first iPhone. Soon Google and a collection of manufacturers joined the game, adding to the competition.

Within a few years, we had a more usable Touchscreen computer and a plethora of touch screen phones. Little did we know that within a few years we would have an equal number of tablets replacing expensive dedicated service machines that had helped many users communicate and interact with others.

It was in 2009 that Rosie got her first computer: an HP TouchSmart all in one desktop. 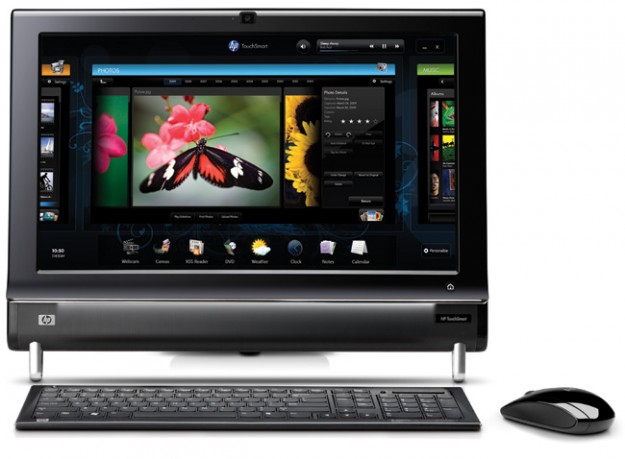 Touchscreens made a huge difference.

Soon after, Rosie learned to email. It was still difficult for her to email or create cards and banners without help, but the touchscreen made a huge difference, and allowed her to play games on the computer. We eventually gave her a stylus to meet the precise touch needed on a Windows touch experience.

The traditional keyboard and mouse were one more barrier for Rosie, but innovations in touch screen technology meant she could get past them and use a computer.

Cards, email and solitaire may sound like small things, but to Rosie they were anything but. 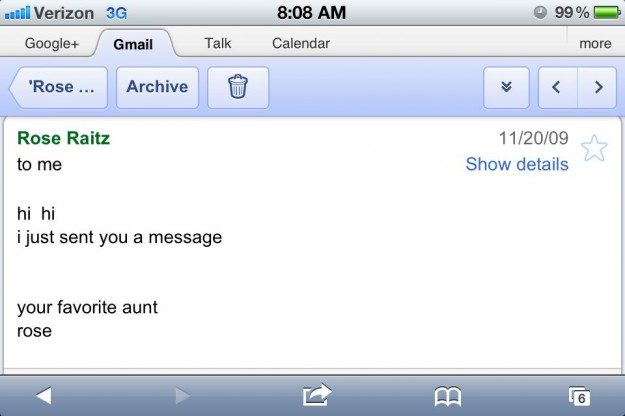 My first email from Rosie.

I’m sure an iPad would have been in the cards for Rosie if she was still with us. If Apple had included a bunch of stock photos with the new Cards app it would have been a huge hit. If I could go back I would spend more time helping Rosie make cards.

Without innovation, without driving forces in the industry that push people to push beyond what we accept as our limits, my aunt wouldn’t have been able to use her own computer.

This is why I love technology. Not for the specs or the apps, but for the ability to transform and enrich the lives of so many people.

To the innovators, I thank you, and I challenge you to keep on changing the world.

This. Is why innovation is so damn important.