In a move to stay competitive with Twitter’s video sharing community, Vine, Facebook is augmenting Instagram’s photo sharing network with the ability to now share video clips that are up to 15 seconds in length. The update is currently available to both iOS and Android smartphone users, though some features are limited primarily to iPhone owners at this time.

The difference between video sharing via Instagram and Vine is that the latter limits you to just 6 seconds of video, which Instagram feels is too short for video shares. Instagram allows users to capture videos with a minimum of 3 seconds and a maximum of 15 seconds. Additionally, users can use any one of 13 filter effects for their videos as well.

A new feature called Cinema allows users to shoot stabilized videos, but Instagram is currently limiting the feature to only iPhone users at this time. It’s still unclear when Cinema will be available for Android. 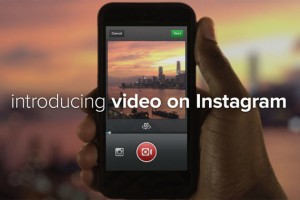 Additionally, videos will show up on a user’s Instagram feed just like videos would. When a user scrolls through their feed, videos will automatically start playing when you reach a video post. The difference here when compared to Vine is that videos won’t continuously loop; on Instagram, videos will play once and then stop.

Also, users can choose a Cover Frame as a still image to represent their videos on the Instagram feed. This is different from other services that will default to the first frame automatically for the Cover Frame. Instagram says it’s giving users more options to customize.

Like Vine, though, users must record video using the app as the action is happening as neither service allows users to upload pre-recorded video that was recorded with the native camera app or another camera app.