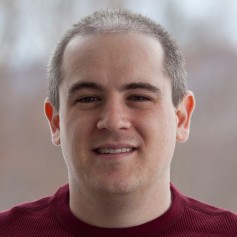 Marco Arment is the developer of the very popular App, Instapaper. That App is one that I use all the time for gathering articles that I want to read at a later time on the iPad. He’s very outspoken on his views about iOS, Android and a number of current issues facing developers in the mobile scene.

This morning I read his post The Android Tablet Problem Nicely Summarized by One Review’s Conclusion and I have to say Arment nailed it do the door with this post. I agree with just about all of his thoughts. I had read the Ars Technica review of the Samsung Galaxy Tab 10.1 last night and was thinking much the same that Arment tosses out in his post. Not only does he talk about the difficulties that Google’s Android strategy has brought upon itself, but he also accurately describes the state of coverage of the world of gadgets these days.

I’m sure Arment will be accused by some of fanboyism, but in my view I think he’s nailed it. Whether you agree or disagree with his points it is worth a read.