Technology co-developed by Intel and Carnegie Mellon University could potentially change your ability to see while driving in the rain at night.

Instead of a traditional headlight bulb projected into the night, the system uses a series of projectors. Sensors sit just below the projectors watching for rain as it enters the beam of light. The sensors then attempt to determine the course of the raindrop as it falls in front of the light. Because the light is computer-controlled, it can selectively choose to NOT broadcast light in certain areas. Based on the data received and extrapolated from the sensors, the projectors will not project light onto the raindrop but continue to project around it.

Presently, there are some technological limitations preventing this from working. The main one is the projector itself. It needs to be able to shine into the distance as well as current headlight technology. Those types of projectors currently do not exist. 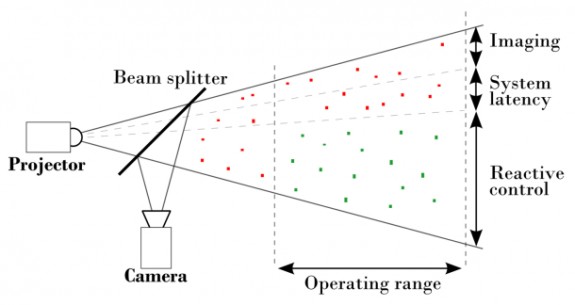 Processing power needs to exist to handle the data quickly. Intel claim that processing the information will only take 13 milliseconds. This would mean that you would see the rain near the top of the projected light, but it would be virtually invisible by the time it reached the bottom of the light area. 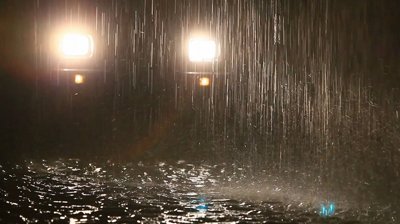 Depending on the type of projector, this system could potentially be adapted for other uses. Presently, night-vision systems use infrared technology to see objects along the road and highlight them on a screen. Since looking at that screen could be dangerous, a system like this could actually change the color of the projector beam around the object to show it to the driver.

Intel claim that the technology for the rain adaptive headlights could appear on vehicles within the next 10 years.