Intel’s reference tablet with the company’s Atom-based Medfield processor clocked at 1.6 GHz was captured in photos. The tablet had been previously displayed at the Intel Developer Forum earlier this year, but the Medfield version of the slate was heavily guarded and kept behind glass. Now, it appears that someone has been able to obtain a version of the tablet.

The Medfield processor will be Intel’s big re-entry into the mobile space after having exited the ARM manufacturing market years ago. The company’s chipset was recently benchmarked and the Atom processor does show favorable results, though battery life left a lot to be desired at this point. The company is still tweaking code to ensure better battery performance. 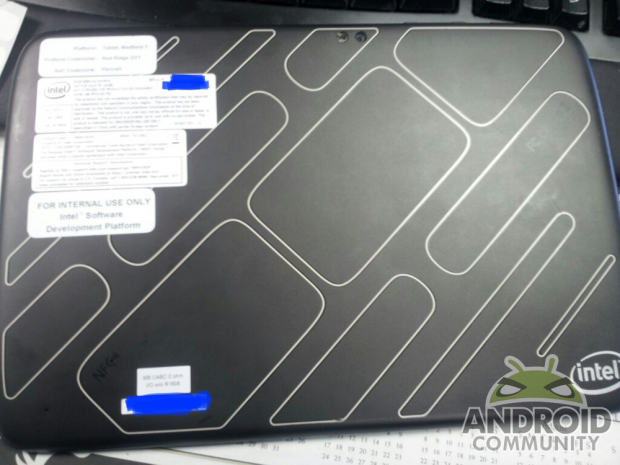 The tablet has the usual array of ports and camera. Unfortunately, though, it appears that the reference design doesn’t allow charging via micro USB, and Intel instead opted for a separate power connector. 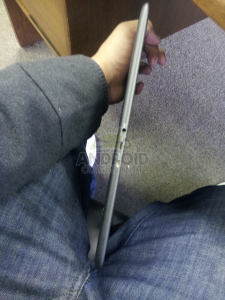 The build of the tablet is actually really great! It doesn’t feel cheap at all – it’s thin but it has a nice weight to it which doesn’t make it feel cheap. It has the power button on the left top of the tablet, with the volume rockers to the right of the power button, and the headphone jack is on the left side of the tablet. To the right of the table is the slot for microSD card and at the bottom of the tablet are three connections – one for the weird power, Micro-USB and a Mini-HDMI connection. The screen retains all the fingerprints so I’m guessing the glass doesn’t have its final finish, thats why it gets dirty so easily.” – ANON

The tipster was able to acquire the tablet for a mere $50. 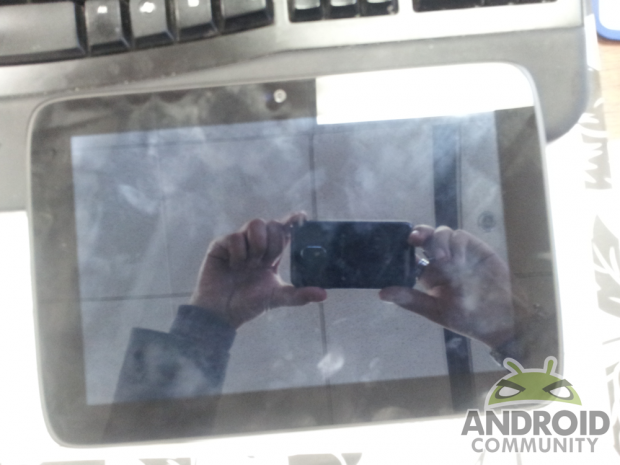 Intel had made strong promises for Medfield and Atom inside smartphones and tablets for 2012 and we can expect to hear a lot more from Intel in this space in the coming months.