As the iOS 7 release date approaches a key component of new iOS 7 features passes certification and external testing, which should help with smartwatch connectivity, iOS 7 controllers and new iOS 7 accessories.

Apple announced iOS 7 along with at least 50 iOS 7 features users will care about back in June at WWDC 2013. At the time Apple outlined a collection of new Bluetooth and wireless features, but did not go into that much detail about what users can expect.

We are still waiting for Apple to announce the rumored iPhone 5S and share all the new iOS 7 features, some of which could be specific to the iPhone 5S.

As the rumored iOS 7 release date approaches a new Bluetooth profile for iOS 7 appeared on the Bluetooth Special Interest Group website. The listing details the iOS 7 Bluetooth protocols which on the surface are just a table of acronyms, but underneath they are key to some of the new exciting iOS 7 features users should expect in late September. 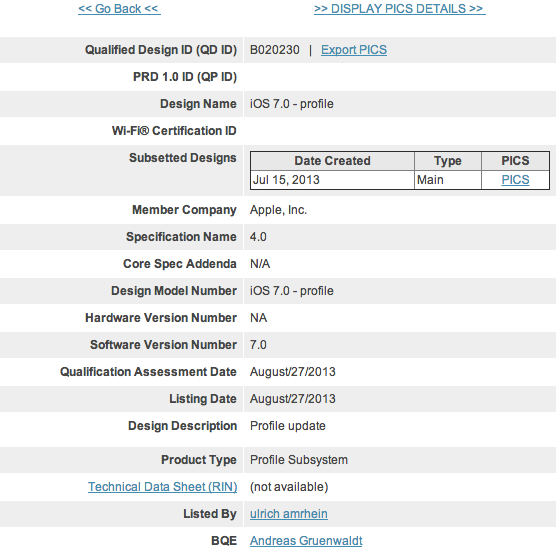 The new iOS 7 Bluetooth profile is ready for an iOS 7 release.

The iOS 7 update Bluetooth certification is listed by Ulrich Amrhein, a Manager of Engineering Program Management at Apple. The new iOS 7 profile was qualified and tested by Andreas Gruenwaldt, who works at 7Layers, a testing firm that specializes in certifying devices and software for networks, wireless technology and specific industries and programs including Apple’s Made for iPhone program. 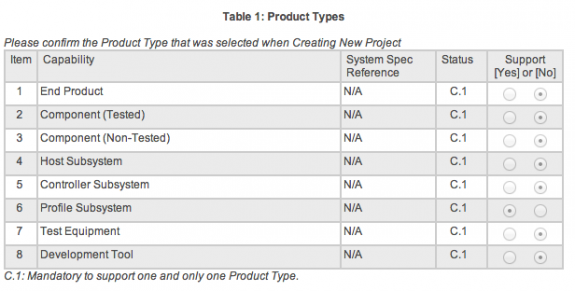 It is standard practice for a Bluetooth Qualification Expert to test and list a product in the Bluetooth Qualified Designs database, so this isn’t a sign that Apple is outsourcing iOS 7 in order to avoid a delayed release.

Now that we are past the technical details, we can look at the new iOS 7 features made possible by a new Bluetooth profile.

IOS 7 will finally bring native controller support to the iPhone and iPad. Apple is already offering guidance to accessory makers and developers on how to make an iPhone controller for iOS 7, and Bluetooth will play a key role in connectivity for many options. 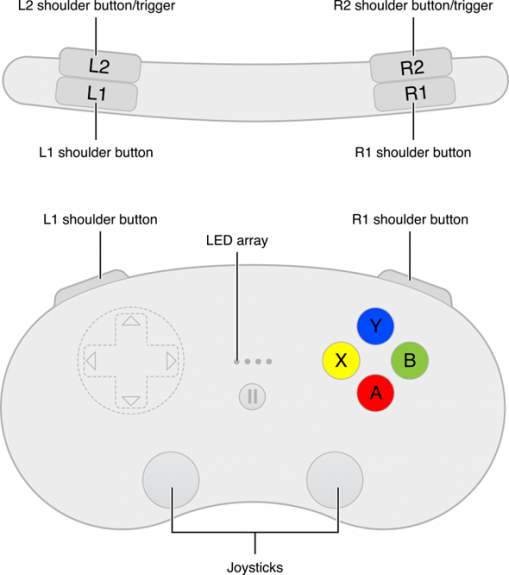 One of the button layouts for controllers that iOS 7 will support this fall.

One of the new features that is present in iOS 7 Bluetooth is the ability to manage Bluetooth accessories from the iPhone or iPad in greater detail, which we could see used as a way to map buttons or perform other setup activities.

Air Drop uses WiFi to connect wirelessly to other iPhones and iPads running iOS 7 to share photos and more, but it relies on Bluetooth to find the other devices. 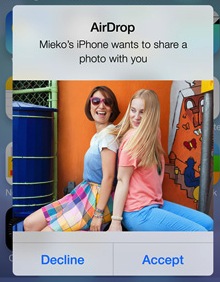 The new HID profile, which is one of the changes in this updated profile will bring better battery life to iOS 7 controllers and to iPhone and iPad keyboards. 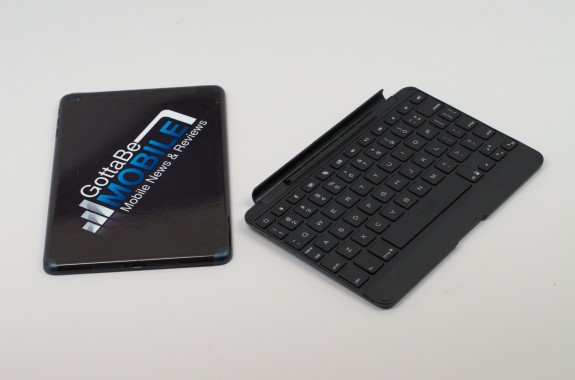 There are a number of smart iPhone connected door locks on or arriving to the market, and with iOS 7 and new Bluetooth support, we should see improved performance thanks to HID and Alert Notification Services. 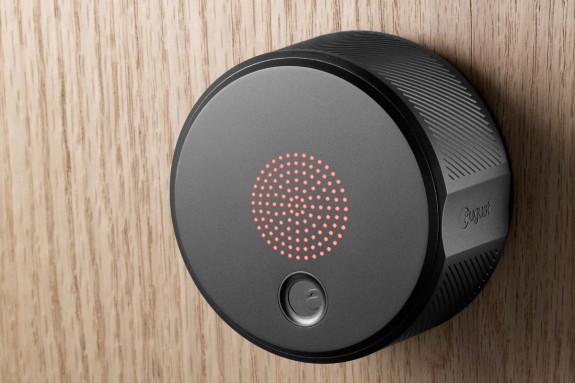 Another key component of the new iOS 7 features is better support for a smartwatch like the Pebble, and possibly the rumored iWatch. The new Apple Notification Center Service lets Bluetooth Smart devices tap into the iPhone notifications for a vastly improved user experience.

The video above shows this in action with an iPhone 5 running iOS 7 and a Pebble smartwatch.