The iOS 7 update will bring a new look to the iPhone and iPad, but there is one part of iOS 6 that will stick around until developers update their apps for iOS 7.

Apple introduces a new keyboard and dictation look in iOS 7 which is built in to all of Apple’s default apps, but until IOS 7 app updates arrive in the app store users will continue to see parts of iOS 6 long after upgrading to iOS 7.

The main place that users will see this disconnect is while using the keyboard in apps that have not received an iOS 7 update. In a very un-Apple like look, even apps that use a standard keyboard and dictation will show the iOS 6 keyboard while running on iOS 7.

Read: How Long the iOS 7 Update Will Take to Complete 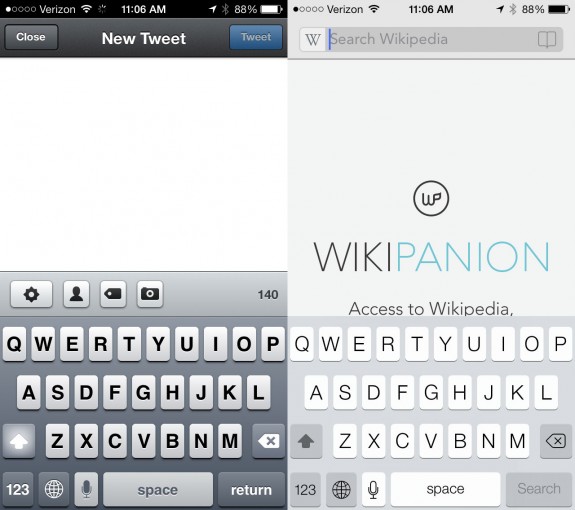 The iOS 6 keyboard shows up in third-party apps on iOS 7 until they are updated.

In addition to the keyboard, users will also see the old dictation screen from iOS 6 in these apps, instead of the new one with a wave animation that shows speech is detected. The image below shows two third-party iPhone apps, one of which is updated for iOS 7. 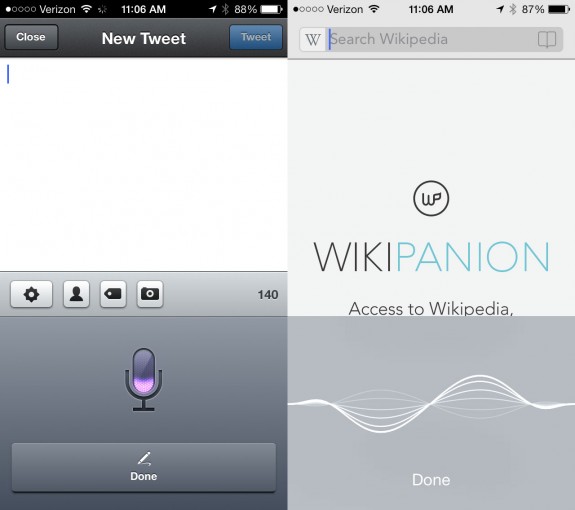 Conflicting looks in iOS 7 thanks to third-party apps.

It’s not clear why the old code shows up in apps that are not using an app specific keyboard, but hopefully we will see many apps gain the new iOS 7 keyboard and dictation look in the near future.

The good news for users who don’t want to see these old parts of iOS 6 is that many developers are planning iOS 7 app updates and Apple is pushing some of them live already this week. We expect to see many more when the iOS 7 release date arrives tomorrow, and in the days and weeks after.

A survey suggests that many popular apps will soon receive an iOS 7 update and that it could be an iOS 7 only update, meaning iPhone 3GS users and iOS 6 jailbreak users who don’t or cant’ update to iOS 7 will need to use an older version. Apple just changed the rules so that users can now download the older versions from the app store, up to the last compatible app.

The iOS 7 release is set for September 18th, as a free update for the iPhone 4 and newer, iPad 2 and newer and the iPod touch 5th generation. The update will arrive directly on the device or through an iTunes update.