We’ve discussed a handful of iOS 8 Cydia tweaks that you can use on your iPhone to make it act more like Android, but a new iPhone theme has released in Cydia that completely transforms your iOS experience into an Android experience.

It’s called Andrios and it’s available to purchase for a few dollars in the Cydia app store.

While many users like the iPhone and its design, some users still like the Android user experience. Many would argue that it’s more open than iOS and allows them to do a lot of different things that iOS normally wouldn’t allow. Thankfully, Andrios is a jailbreak tweak for iPhones that gives users the Android experience on their Apple smartphones.

With Andrios, you get all of the big features that Android itself features, including the three-button action bar at the bottom, the Android-style notification center, the mini player, power menu, and that awesome Google Search widget on the home screen. 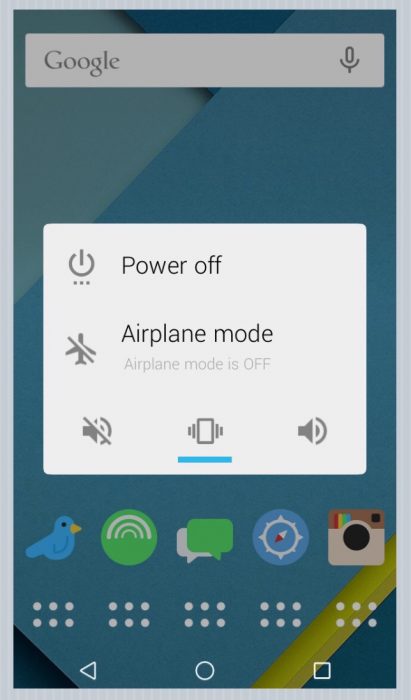 While iOS will still operate as normal in the background, the graphical interface is completely different. Perhaps the biggest features that iOS users will gain when using Andrios is the mini player, the Google Search widget, and the Android-style power menu.

The mini player lets you play music and control it with a small widget on the home screen, where you can drag around to anywhere on the screen. It also displays album artwork, song, and artist information, as well as media controls like play, pause, next, and previous. You can double-tap on it to hide it until you need it again.

The Google Search widget lets you instantly type in a search query on the home screen, getting rid of any need to have to open up Safari and then perform a search. It’s perhaps one of the most-loved features of Android and iOS users can now take advantage of it using Andrios.

As for the power menu, it’s one feature that iOS has been seriously lacking. Normally, holding down the power button will bring up the option to slide to power down your iPhone, but that’s it. With Andrios, you’ll get the option to not only power off your iPhone, but also respring or restart it, as well as change the ringer or toggle airplane mode. 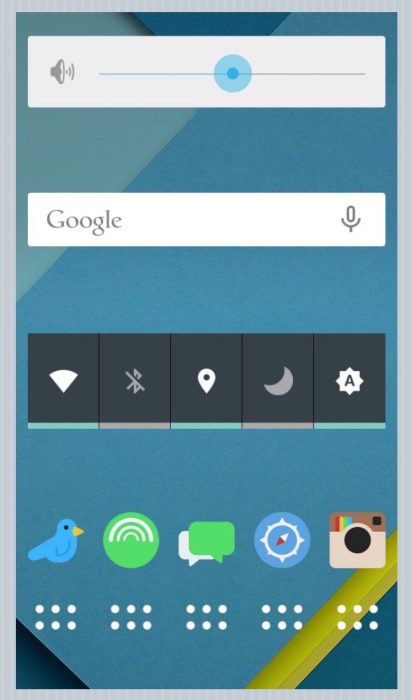 Other features include a switches widget (where you can toggle WiFi, data, Bluetooth, etc. on or off) and a the Android volume slider, so whenever you go to change the volume, you won’t have that obnoxious volume HUD get in the way if you’re watching a video. Instead, a simple slider appears that you can use to.

Of course, there are numerous other Android themes that are available in Cydia, but Andrios is perhaps one of the better ones to come out. Of course, if you really want to use Android, you’re probably better off actually getting an Android device, like the Galaxy S6 or the LG G4, but if you like the design of the iPhones and want something other than the iOS user interface, Andrios is a great option.

Of course, you’ll need to be jailbroken in order to use Andrios, and the latest version of iOS isn’t jailbreakable. Luckily, if you’re still running iOS 8.1.2 or older, you can jailbreak your iPhone and start getting busy. Otherwise, we’ll have to wait for an iOS 8.3 jailbreak.