The new iPad has the graphics power to play spectacular looking games, but if Apple is serious about taking a bite out of the home consoles like the Xbox 360 and PS3, the company needs to bake in support for a physical iPad controller.

As much as I love playing games on my iPad, I don’t play them as often as  would if there I had a physical controller. The on-screen controls for most apps are OK for a while, but once you get into the game, it’s easy to move slightly and miss tapping a control at a crucial point.

Google has backed in support for wireless and wired controllers on Honeycomb tablets and in Ice Cream Sandwich, which makes it possible to play games with special Bluetooth or USB controllers. 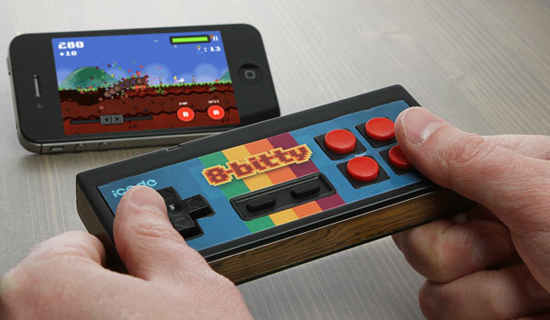 The iCade Bitty is just one physical controller for the iPad.

Another contender is OnLive, which could bring an amazing gaming experience to the iPad, if only Apple would approve the app. I’ve been able to play console quality games on the iPad with the OnLive controller and app and thoroughly enjoyed the experience.

While OnLive relies on servers to power the gaming, there are some awesome gaming examples on the iPad that could benefit from a controller, such as Real Racing HD and Gameloft’s Modern Combat 3, to name a few.

According to AppleInsider, Apple is on a game industry insider hiring spree, bringing in talent from Nintendo and Microsoft. As traditional game console companies deal with poor sales, perhaps Apple will deliver a controller that offers an easier way to play games on the iPad.

I’d buy one of these controllers in an instant. Would you?