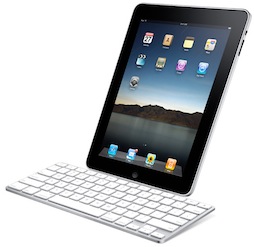 Around 1450, a man named Johannes Gutenberg created a device that has had an immeasurable impact upon all people.  His machine, the printing press, made it possible for text to be distributed much faster than the scribing process.  Fast forward to 2010, the year that Steve Jobs and Apple Computer introduce the iPad.  The iPad, Apple’s new tablet computer, has the potential to forever change how students learn and teachers teach.

Here are three reasons why the iPad could be appearing in a backpack near you.

Price
Perhaps the biggest selling point of the iPad is the affordable price.  Early rumors and expectations placed the entry model near or above $1000.  The cheapest model of the iPad will be available at $499.  This realistic purchase price makes it a viable option for schools and students on a budget.  Although many high-end netbooks are currently available at a comparable or slightly lower price, the iPad’s design and software make it worth the premium.

Size
The iPad is perfect for mobile learning.  Stack the iPad with a pile of books and head to your next class.  Place it into a backpack and hardly notice it’s there.  Granted, there is still a lot to learn about the durability of the screen and case, but the iPad simply could not be any more perfect for transporting.  The available keyboard dock is a great accessory for those times when a traditional keyboard is more appropriate. 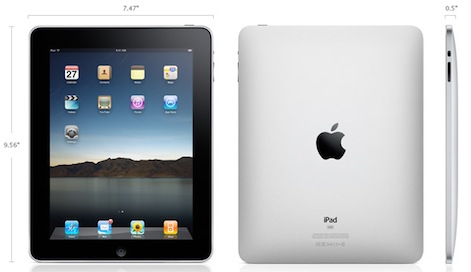 Operating System
The iPad runs a beefed up version of the iPhone/iPod Touch operating system.  This means it plays nice with all of the currently available iPhone apps out of the box.  Offering much more than a traditional e-book or the Amazon Kindle, Apple’s app store contains 140,000 useful applications and games to date.  I never expected to see a day when the amount of software for available for an Apple product far surpassed that of a Microsoft product (iPhone OS vs. Windows Mobile).  Gone are the days when nobody would by an Apple product because Windows software was more plentiful. 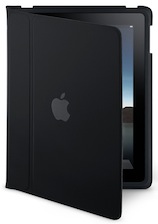 Not only are there a multitude of available apps, the operating system is intuitive.  An elementary child could easily operate and interact with the graphical user interface (GUI) of the iPad.  The iPad’s ease of use makes it perfect for the classroom or even someone who has been out of school for quite a while.

Sure, the iPad does have limitations and room for improvement.  It is very disappointing that Apple has yet to support inking capabilities.  Let’s not forget that Apple is a company which benefits from upgrades and newer versions.  Expect future iPad’s to have cameras, larger screens, and longer battery life.  We may even see support for inking through 3rd party applications and custom made pens such as the Pogo Sketch.  Despite some folks criticism, the iPad will eventually be a success in the classroom.  The device itself may not be as world changing as rumored, but the flood of soon to be released tablets are changing how we interact with the Internet.

If you work in education or currently take classes, we’d love to see what you think.  Hit up the comments to let us know how the iPad will change your studies.

Additional Reading:
Check out all of our coverage of the Apple iPad.
Here is an article detailing why I believe the tablet platform is excellent for education.
Read why I earlier thought of skipping out on the iPad.  Sometimes seeing is believing.
See that my early report of the iPad from July 2009 was pretty accurate.