After reviewing six new iPad keyboard cases and solutions, we wanted to shares the best iPad accessories to increase productivity on the iPad.

These iPad keyboard cases are perfect for users who bristle at using the onscreen keyboard for anything more than short Facebook posts.

From cases that protect the iPad to minimalist keyboard only outfits, we have a keyboard solution for every iPad user.

All but one of these solutions will work with the new iPad 3rd gen and the iPad 2. Some even fit the original iPad.

Why Use an iPad and Keyboard Instead of a Notebook

Some people ask why we bother with a keyboard and iPad when a notebook is available. Here are a few reasons I like to use my iPad and a keyboard instead of my notebook. 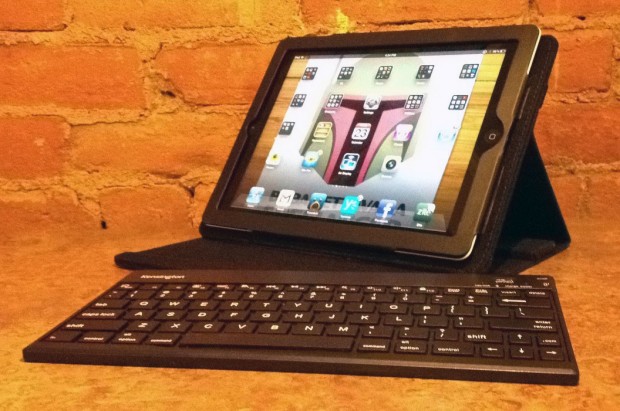 Our editor Josh Smith reviewed this excellent keyboard case and really liked that you can remove the keyboard to adjust the distance between your keyboard and the iPad. Here’s a quote from his review:

I’ve had iPad keyboard cases before, but the KeyFolio Pro 2 has a unique feature that drastically enhances the usefulness to me — you can remove the keyboard from the case.

This means that I can move further away form the screen while typing, and that I don’t have to worry about my heavy typing shaking the iPad.

He did say it’s a little bulky, but he liked the angles you get and long battery life.

You can get the Kensington KeyFolio Pro 2 for $69 at Amazon. It works with the iPad 2 and the new iPad. 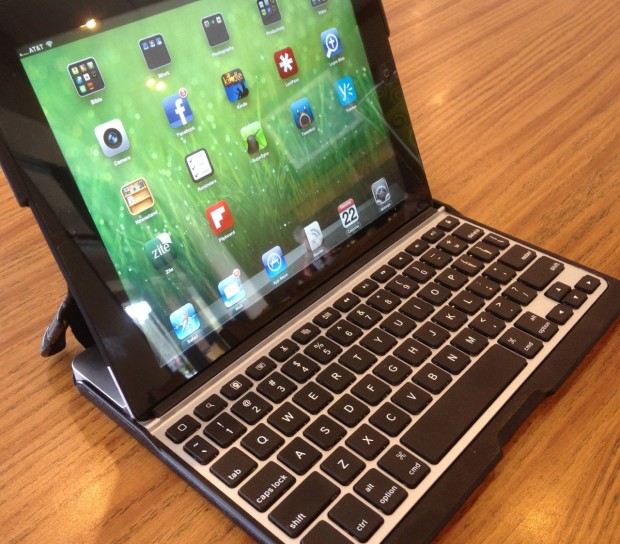 When it comes to folio style cases, I prefer the ZAGGfolio for my iPad keyboard case.

The ZAGGfolio feels good when you type on the keyboard. The case is bulky and doubles the iPad’s width, but its more compact than other keyboard cases I’ve used. It also has great battery life and lets you remove the keyboard just like you can with the above Kensington case. It has a channel that holds your iPad while out of the case.

The external carbon fiber pattern on the case looks and feels good in your hands. Get it at Amazon for about $95. It fits both the new iPad and the iPad 2. 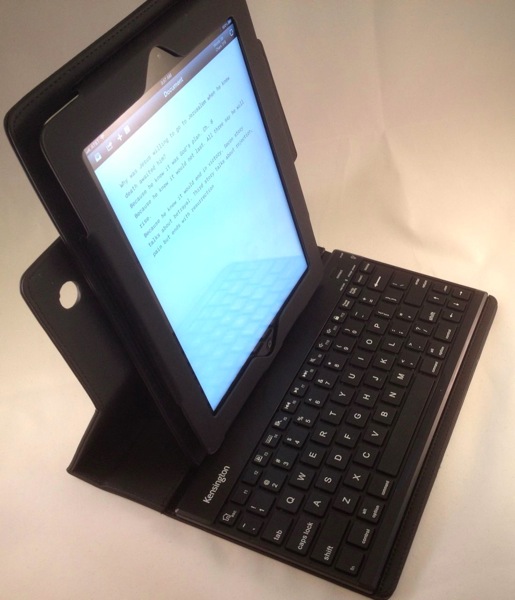 While I wasn’t crazy about this case in my review, I include it because it does one trick the others don’t. You can put the iPad in portrait mode and type using the case without removing the iPad from the keyboard case. If that’s important to you, this is your case.

Aside from the portrait mode it offers the same keyboard used in the first Kensington case Josh reviewed. It has some strange key positions that make for a cramped keyboard.

You can find the Kensington KeyFolio Pro Performance case on Amazon for $62, much less than the suggested retail price of $99.99 from the company. It will fit on the iPad 2 and new iPad. 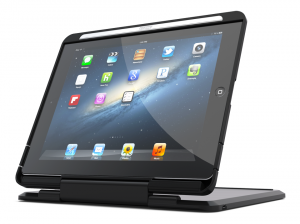 Our own K.T. Bradford called this one of her favorite iPad accessories. Recently CruxCase dropped the price to $99 from $150. Sadly, it won’t work with the new iPad yet.

If you have an older original iPad, then this case might be a great option since they make one for it as well. New iPad users can wait for the updated version. It looks like a really nice option.

Unlike the Transformer laptop dock, the Crux 360 does not include a trackpad and there’s no extended battery in the case to charge your iPad at the same time, but with lengthy 10-hour battery life on the iPad that should not be too big of a concern for many users.

You can also angle the iPad in the case and use the Crux 360 as a stand to watch movies and display pictures as well.

Get it direct form CruxCase for $99. 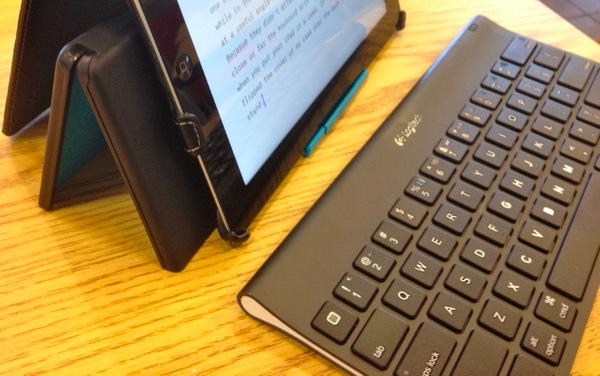 While I really like the ZAGGfolio above, the Logitech Tablet Bluetooth Keyboard for iPad is my favorite typing solution for the iPad. It comes with a nice carrying case that doubles as a stand for your iPad. The keyboard isn’t cramped like iPad keyboard cases because it’s wider than the iPad. You get a great typing experience.

The cases above force you to carry around the keyboard all the time. However, with the Logitech, there’s no need to carry a thick case when there’s no need for a keyboard. I keep it handy in my computer bag and only take it out when I need it. If I’m out running around I’ll just grab my iPad and the case when I go into a restaurant for lunch. If I know I don’t need my laptop but might want to do some writing, then I’ll grab the keyboard and my iPad.

If you use Android tablets or phones, you can get the Android version. This one also works with the iPhone too. 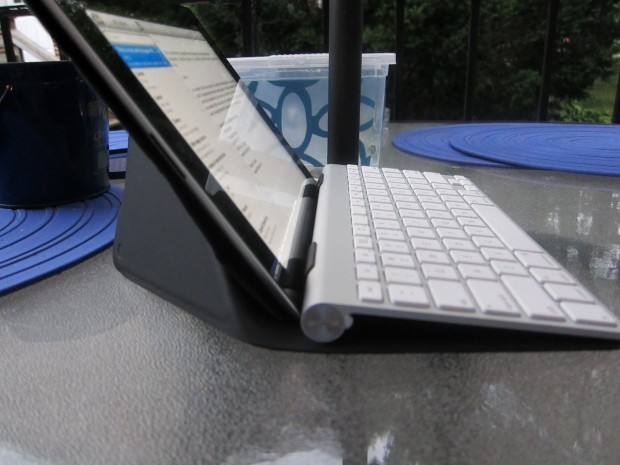 Our own Warner Crocker prefers the Apple Bluetooth Keyboard along with his Incase Origami Workstation. The accessory folds up for easy portability. When you’re ready to type, assemble it so you can hold your iPad and rest the keyboard right in front of the tablet.

I use the Apple Bluetooth Keyboard at my desktop and love the feel of the small aluminum keyboard. You can take it on the road with you using this solution. If you have another preferred Bluetooth keyboard, then the Incase Origami Workstation should work.

The Incase Origami Workstation sells for $29.99 direct or other retailers. Pick up an Apple Bluetooth Keyboard for $69 at Apple. Together they aren’t the cheapest solution, but, for the typing purist, this might offer the best choices.

Picking a perfect iPad keyboard case is incredibly personal, but I have a few suggestions to help you pick a case that fits your needs.

What type of iPad keyboard case do you prefer? Let us know why in the comments.