Those looking to get their hands on the iPad Mini and iPad fourth-generation this holiday season will be happy to know that both devices will be up for pre-order this Friday, October 26th.

Both devices will be available ahead of the holiday shopping season. Apple revealed that customers will be able to pre-order the iPad Mini models and iPad fourth-generation starting this Friday on October 26th. No time was given though we imagine that it will begin at the usual midnight time, same as the iPhone 5.

Read: If You Want an iPad Mini, Be Prepared to Pre-Order Else Expect Delays. 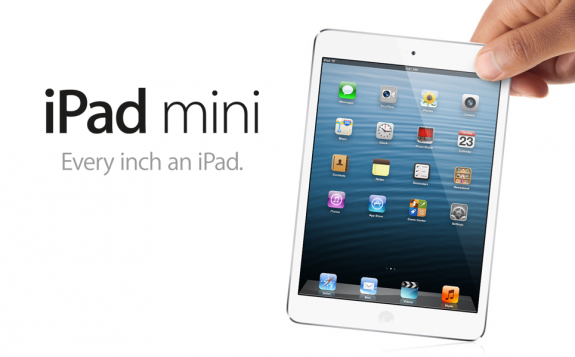 The iPad Mini will be available starting November 2nd.

The pre-order dates for the iPad Mini and iPad fourth-generation will be coming ahead of their release dates. Both Wi-Fi only models of the iPad Mini will be shipping out on November 2nd. However, Apple did not specify when the 4G LTE models would become available. We imagine that it won’t be too far off from the November 2nd shipping dates however.

Those details will likely be released soon.

As for the new fourth-generation iPad, it will cost the same as the original third-generation iPad despite its enhancements. The 16GB iPad will feature a $499 price tag while it will go all the way up to $829 for a 64GB 4G LTE iPad.