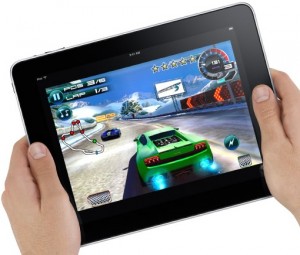 Ever since the original iPad came out people have loved it. There is online web browsing on a big screen, applications of all different categories, music, movies, games and much more. And after the new iPad 2, more and more people think that the iPad is the best tablet on the market.

That is, for adults.

But what about kids like me? After all, the iPad is not the only tablet out there. The Motorola Xoom, Samsung Galaxy 10.1 and Asus Eee Pad are all new tablets on the market. HP is also out now with a new TouchPad, which uses the WebOS operating system. But which device would kids like?

The iPad 2, Motorola Xoom, Samsung Galaxy 10.1, and HP Touchpad are all great tablets. To be honest I’d be really happy if my parents got me any of these tablets. Any of these tablets will be good for most of the things kids would use a laptop for, except for typing and homework.

Most people use the iPad for browsing the web, doing e-mail, using Facebook and watching movies. Some adults love to play games on the iPad, as well. My mom likes her iPad for web browsing, reading e-mail, and using Facebook because she finds it easy to use, and light.

I currently use an Android phone right now, as well as an Android tablet. Android has more customization features such as home screen widgets and moving backgrounds, and there are a lot of free Android apps, which is great for kids who have limited allowances. Even though the iPad has more apps than Android tablets, it doesn’t make much difference because most good apps such as Angry Birds or Homerun 3D are available on both platforms. Android apps get updated faster than iPad apps, due to Apple’s harder update process. Android devices offer a lot of choices from different companies with wide ranges of features. 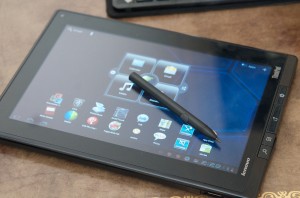 There are some cheap Android tablets, but be careful because they probably don’t work with Android 3.1 Honeycomb, which is the first version of Android you should use with a tablet. Android devices crash more often than iPhones and iPads, and they can be more complicated to use.

The HP TouchPad is brand new. I haven’t had a chance to use it. When I asked around, none of my friends even knew about it yet. Some kids know about Android tablets, but the iPad is definitely the most well-known of all tablet devices. There aren’t a lot of apps available yet for the TouchPad, which is one reason why kids probably won’t like it. Also, there is no 3G version of the TouchPad so far, which means you can’t use it in the car.

From a kid’s perspective, I would have to go with the iPad 2 out of the three. The iPad has a lot more apps than the Android and HP tablets out there, and 100,000 of them are made especially for the iPad: like Angry Birds and Fruit Ninja. The iPad 2 just works a lot better than Android tablets.

Right now, a tablet is not a good choice for a kid who needs a computer for school. Tablets are not good for typing reports, making presentations, and using apps required by most schools today. I really couldn’t have done this review on an iPad or Xoom, for example. You can use Google Docs on a tablet, which I tried while writing this review, but it is hard to type, make corrections or print from a tablet. If you are thinking about getting your kid one device for school, get a low priced laptop or netbook (like Asus or HP or MacBook) instead of a tablet. Only get a tablet if your kid already has a computer for school.

The Best Tablet for Kids

So, in my opinion, the iPad 2 would be the best tablet for anyone because of its wide range of apps, good performance, ease of use, and beautiful 9.7 inch display.

So, what would you choose? I hope lots of kids and parents will share your ideas in the comments section below.