iPad: Why I won't get one 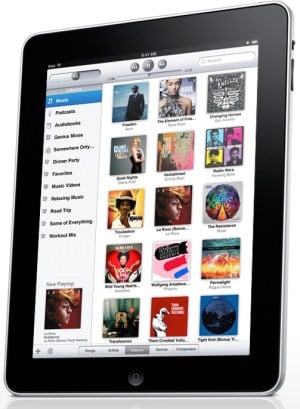 Being a mobile computing enthusiast, I’m often viewed by normal people, non-geeks, as being on the cutting edge, the high-tech guy. However, after putting my hands on multiple tablets at CES and seeing the unveiled glory of the iPad, I feel like a dinosaur headed toward extinction. The reason? I’m a pen-centric Tablet PC holdout walking into a touchscreen tablet world, and I’m sticking with that, i.e., no iPad for me.

Don’t get me wrong. I think the iPad will prove quite popular, and I grudgingly admit it delivers on many things I’ve been calling for in Tablet PCs. While I won’t be running out to get it on day one (I didn’t bother with the iPhone until the 3G), I can’t say I’ll never get one either (or even that there won’t be one in my house this year). But a touch-centric tablet interface, while a huge improvement over the usual desktop-style interface of Tablet PCs, holds minimal appeal to me.

My Tablet PC interface is extremely clean. I keep desktop icons and the taskbar hidden. They’re still there to be accessed as needed, but my primary application launcher is ritePen. Scribble a name anywhere, circle it, and the application launches. Because I can make the trigger word whatever works in my mind (for example, I think “j” for Windows Journal), it’s practically thought control.

In addition, I’ve carved out a very comfortable, if lonely, niche in pen computing. My personal blog, Sumocat’s Scribbles, consists of handwritten entries crafted in digital ink on my Tablet PC. That I am the only ink blogger to have held steadfast to the format for 3+ years illustrates how un-mainstream my niche is.

I suppose it is unfair to dinosaurs to compare myself to them. After all, they reigned for millions of years, while pen-based Tablet PCs have never been more than niche. The short-lived neanderthal would be a more accurate point of comparison. Regardless, it feels like my choices are: evolve and embrace touch input or cling to pen input and risk extinction as the iPad strikes the world like an asteroid.

It may not be the smarter move, but I’m sticking with drawing in my self-carved cave. The new wave of pen input in eReaders is encouraging. Tablet PCs aren’t headed for the scrap heap just yet. And as users demand more from their tablets, the innate human instinct to use tools may yet drive the mainstream back to picking up pens. Perhaps then it will be Apple’s turn to choose between evolution or extinction.