Last week, Apple released its brand new iOS 8.2 update for iPhone, iPad and iPod touch. The update brings Apple’s new Apple Watch application and it also brings tons of enhancements and fixes for lingering iOS 8 problems. In the past week, we’ve spent some quality time with Apple’s new software and today we want to share our full iPhone 5 iOS 8.2 review.

In September, Apple rolled out a new iOS 8.0 update alongside the iPhone 6 and iPhone 6 Plus. The update landed for many aging former flagships including the iPhone 5, Apple’s flagship from 2012. While the iPhone 5 is no longer the top dog in Apple’s lineup, it’s still in the hands of tons of people around the world, many of whom have made the jump up to iOS 8.

The iPhone 5 iOS 8 update hasn’t been an easy transition for many users. In the months since its release, iPhone 5 users have been complaining about an assortment of iOS 8 problems including poor performance, abnormal battery drain, connectivity problems, and more. Apple’s tried to fix iOS 8 problems with a series of incremental bug fix updates though iOS 8 problems are still a problem for many iPhone 5 users.

Last Monday, Apple released its new iOS 8.2 update into the wild after a lengthy stint in its beta program. The update’s main purpose is to deliver support for Apple’s new Apple Watch but the update also brings a ton of enhancements and bug fixes for lingering iOS 8 problems. It’s the update that many iPhone 5 users installed on day one.

iOS 8.2 is an incremental update but as many iPhone and iPad users know, incremental iOS updates can have a huge impact on the performance of a device. Often, that impact is positive and other times it’s negative. iOS 8.2 appears to offer both to iPhone 5 users. We’ve gotten a ton of positive feedback but we’ve also heard about iOS 8.2 problems as well.

With all of that in mind, I’ve been taking a look at Apple’s iOS 8.2 update on a number of devices including the iPhone 5, Apple’s original 4-inch iPhone. Today, I want to offer some feedback to those that might be leery of the update and to those that are already on iOS 8.2. This is my full iOS 8.2 on iPhone 5 review and it will attempt to answer the question that we’ve received many times over in the past week: Is iOS 8.2 worth installing on the iPhone 5? Let’s find out.

From last Monday all the way up until today, I’ve spent a ton of time with iOS 8.2 on iPhone 5. The iPhone 5 is no longer my daily driver but I still use it quite frequently. Before getting into this detailed review and my detailed impressions, I should note that mileage is going to vary from device to device, person to person.

That is to say, I probably don’t have the same apps installed and there’s a chance that I use Google Chrome, play more games, and use my home screen more than you do. So, consider this a general guide as you try to decide whether iOS 8.2 is worth installing on your iPhone 5. I’m only one man and I encourage you to gather as much feedback as you can before installing.

I’ve been dealing with a number of app problems on the iPhone 6 though I can’t say the same about the iPhone 5. Overall, my app experience on the iPhone 5 has been excellent and I’m optimistic that it will stay that way up through the release of the iOS 9 upgrade.

In the past week, I’ve been using the iPhone 5 and my apps extensively, both for work and during some weekend travels. While I’ve seen the occasional crash (Google Chrome, I’m looking at you), I haven’t stumbled upon any major problems that are worth pointing out. My core applications which include apps like Hangouts, YouTube, Asana, Slack, Instagram, Twitter, Dark Sky, Spotify, and Google Maps are all working fine a week or so after putting iOS 8.2 on board.

It’s worth noting that just because my experience with my core set of apps has been fantastic over the last week doesn’t mean that you’re going to see the same experience. For one, I probably don’t have the same set of applications that you do and second, apps have a tendency to perform differently on different devices.

If you do run into issues on iOS 8.2 or below, try reinstalling the app. If that doesn’t work, get in contact with the developer, especially if the app is critical to work flow.

I’ve owned the iPhone 5 for more than two years now. That means that I’ve lived through many iOS updates from iOS 6 to iOS 8. I can’t recall every running into a major battery life issue on the iPhone 5 and iOS 8.2 keeps that streak alive. It’s performing beautifully, from a battery life standpoint, and you really can’t ask for much more than that from a big iOS update in 2015.

In the past week, I’ve been putting the iPhone 5 through the gauntlet. I’ve been using a ton of apps, watching a lot of video, using a mixture of LTE and Wi-Fi, and it hasn’t cracked. It’s impressive to say the least. While it doesn’t hold the same kind of charge as the iPhone 6, I can still get through most of a day, even when I’m using the phone non-stop.

I have heard some horror stories about iOS 8.2 battery life but I’ve also seen some iPhone 5 users tout the battery life. Whether that’s placebo effect or something Apple’s done, it’s hard to say but what I can tell you is that I haven’t seen anything unusual while the device is in use or in standby. If I wanted to, I could use this phone as my everyday device.

It’s important to note that I take great care of my iPhone 5. I keep my apps updated, I monitor battery life like a hawk, I turn it off occasionally, and I follow a number of our other tips to maintain great battery life.

I recommend taking a look at those if you’re noticing battery drain. iOS updates aren’t supposed to cause problems and often times, it’s a rogue app or your bad habits causing the problems.

Wi-Fi still connects when I need it to and the iPhone 5 is still able to pull down capable speeds. This was especially evident when I needed to use the device in the airport this past weekend when my iPhone 6 was nearly dead. AT&T’s LTE network is also fast and reliable and I haven’t seen any issues with cellular connectivity after making the move.

I often use my iPhone 5 to stream music over my Bluetooth speaker and it was comforting to know that it’s still able to connect with ease to my Bose Soundlink Mini. I’ve tried connecting it to a number of different Bluetooth devices and it passed the test with flying colors. No problems here, at least not yet.

Note that connectivity issues can pop up at any time. If you see them, you’ll want to consult our list of fixes for common iOS 8.2 problems on iPhone. Those fixes are a great starting point for those of you dealing with issues after the move.

I’ve run into several issues/bugs on the iPhone 6 including an annoying Do Not Disturb issue but I haven’t seen anything significant on the iPhone 5. It doesn’t exhibit the same DND bug and it doesn’t get stuck in landscape like the iPhone 6. iOS 8 has been pretty stable on my variant and iOS 8.2 is par for the course.

Larger issues are typically pretty easy to spot but smaller issues are far more difficult. I’ve been using the iPhone 5 a ton of over the past week but there’s always a chance that I missed something while searching through the device’s nooks and crannies. I doubt that iOS 8.2 is bug free, iOS updates never are, but I have yet to stumble onto anything that’s made me want to bash the phone against a wall in frustration.

Bugs have a funny way of sneaking up on you in the weeks after an iOS release so there’s definitely a chance that I’ll notice something as time moves on. For now, iOS 8.2 is very stable.

If you’re just tuning in, you wouldn’t know that I’ve been dealing with speed issues since the arrival of iOS 8.1 last year. iOS 8.1 absolutely killed performance on my iPhone 5. Opening folders, scrolling through the home screen, opening apps, little things like that all of a sudden became a slow, horrible nightmare. If I hadn’t already planned on buying the iPhone 6, it would have been enough to drive me to Apple’s new iPhone.

Slowly but surely, the iPhone 5 has regained some of the speed that Apple took away from it with iOS 8.1. While iOS 8.2’s first day was certainly far from perfect, I’m starting to see performance even out. It’s not perfect but it’s certainly a lot better than it was at the end of last year. 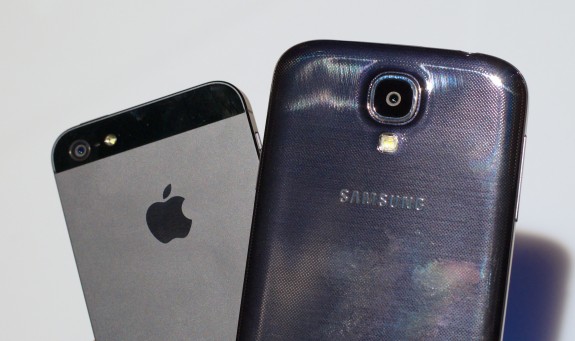 If you’re expecting a smooth buttery interface, you’re in for a rude awakening. iOS 8.2 is not iOS 7 nor is it iOS 8.0.2 or iOS 8.0. But if you’re already on an older version of iOS 8 and you’re not liking the speed, iOS 8.2 could improve things. It certainly sped things up on my iPhone 5. There’s a noticeable difference when I go to open a folder or an app. It’s not snappy by any means but it’s better.

You always assume some risk when you install new software on an older device. I learned the hardware when I installed iOS 8.1 last year. iOS 8.2 isn’t going to be the cure all for your iPhone 5 problems but if you’re already on iOS 8 and you’re dealing with performance issues or annoying bugs, there’s a good chance that it could help.

If you’re on iOS 7 or if you’re on an older version of iOS 8 and it’s running perfectly fine, you’ll want to proceed with caution. I would gather as much feedback as you can over the next few days, or even weeks, before making your move. You’ll need the update to run the Apple Watch but the Apple Watch won’t be here for another month so you have a lot of time.