With the larger iPhone on the way, we’d expect a larger battery to help power the larger screen and 4G LTE. A new leak says the battery might be smaller than we expect, however.

According to 9To5Mac, which obtained the new battery, Apple might put a 1440 mAh battery into the iPhone 5. That’s just 10 mAh larger than the 1430 mAh battery inside the iPhone 4S. That’s not a huge amount of extra battery to deal with. 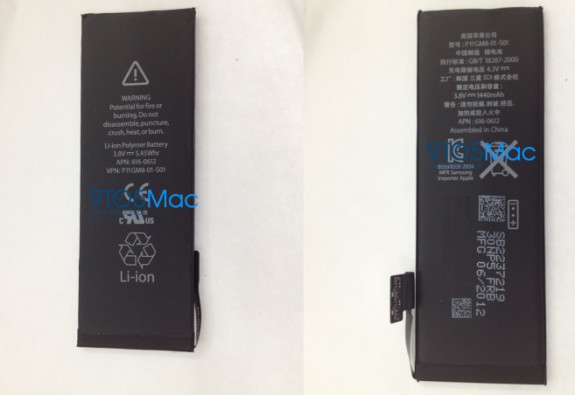 The theme of this battery is definitely “slightly better” or at least “slightly larger/higher.” The battery looks elongated to fit in the larger iPhone 5. We assume that its relatively small size is due to Apple wanting to keep the new iPhone thin. There’s only so much space to fit a battery in a phone, and we’re sure Apple uses as much space as it can for the iPhone battery every year.

9To5Mac points out that this could be a mistake, confusing the inevitable iPhone 4S 8GB model’s battery with the new iPhone’s battery, and we hope that’s right. We don’t need a 3300 mAh battery like the RAZR MAXX, but a larger battery would be nice in the iPhone.

Apple could count on iOS 6 and Qualcomm’s new 4G LTE Gobi chips for better power management than we’ve seen on Android 4G LTE phones. The larger display could drain power, but it won’t need as much power as the nearly 4 to 5-inch displays on some power hungry Android phones. We

Check out our iPhone 5 page to catch up on the latest iPhone 5 news.