With all the iPhone 5 leaks we’ve seen, it’s not hard to put together the pieces to see what the phone look like.

The render isn’t perfect, but it does show the overall design of the iPhone 5 that we’ve seen already. It’s an interesting design, with some welcome changes. Some may find the similarities to the iPhone 4S disappointing, but  the bigger display and potential for 4G LTE should prove exciting enough to convince iPhone 3GS and iPhone 4 owners to upgrade..

Apple will likely announce the new iPhone (probably not called the iPhone 5, as it is actually the sixth iPhone) on September 12 and release it on September 21. We heard earlier today that Apple may have only slightly improved the battery in the new iPhone, but that rumor is far from concrete. 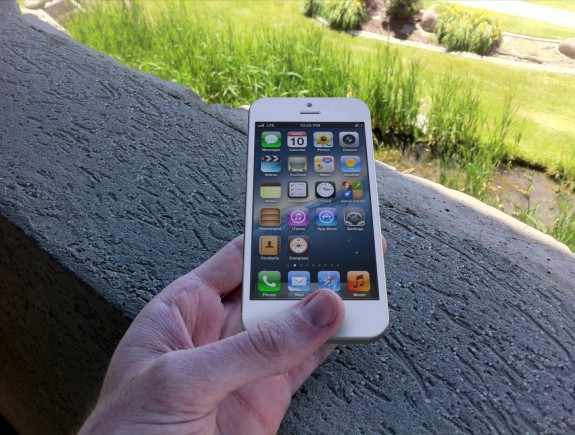 We expect the new iPhone to have 4G LTE capabilities, and we already know that iOS 6 is ready to support a taller 640×1136 screen for the new iPhone.

For everything iPhone 5, check out our iPhone 5 coverage.