With BlackBerry in trouble and going private many companies and users may soon be switching from BlackBerry to the iPhone 5s and it will be a big transition for users who love the physical keyboard on many BlackBerry devices.

BlackBerry devices are as known for their much-loved keyboards as Apple is known for aluminum gadget designs and marketing prowess, and users are worried about the prospect of a future without a physical keyboard.

There is good news, there are a collection of iPhone 5 and iPhone 5s keyboard cases that can help BlackBerry users survive the switch to iPhone.

“It’s not good, not good at all,” Gord Rosko, the president of GR Communications, told The New York Times, describing the situation for BlackBerry users like himself who rely on the physical keyboards BlackBerry provides. Rosko plans to stick with BlackBerry as possible stating, “What I call my fat Polish fingers have a hard time with touch-screen keyboards. So I’m going to keep using this thing until I can’t anymore.”

This $70 iPhone 5 keyboard case works with the iPhone 5s and iPhone 5, connecting with Bluetooth and a tight-snap on case. When you need to type, slide the iPhone 5s keyboard out of the case and get to work, when you’re done slide it back in. This makes the iPhone 5 and iPhone 5s thicker, like a battery case and is landscape only. 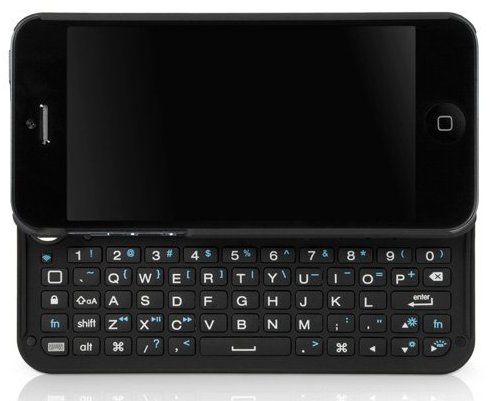 Users can pick this case up from Amazon for $72 with free shipping. The keyboard uses its own battery which charges with Micro USB. We reviewed the iPhone 4S version and found it is a good option for those who prefer physical keyboards.

Another option is the EX Hybrid Controller for iPhone 5S which is an iPhone 5 and iPhone 5s keyboard case that doubles as a controller thanks to an interchangeable magnetic back.

The video above shows how this iPhone keyboard case works. It looks like the keys are flatter than BlackBerry fans may like, but it’s worth a look. $50 from imod.

Read: Vultures to Rip BlackBerry Apart and Divvy Up Patents 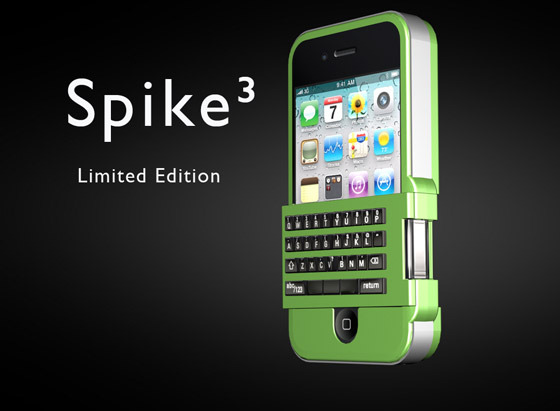 A failed iPhone keyboard that mimics the BlackBerry keys.

Unfortunately despite a successful Kickstarter and an appearance at CES earlier this year the company appears to be in limbo.