In addition to the black and white color options for the iPhone today, Apple’s next generation iPhone 5S flagship smartphone may have a third color choice as well in the form of champagne. The gold-hued color would be the first for Apple’s smartphone lineup and may follow the expanded color choices available on the rumored low cost iPhone 5C.

The gold color appeared in a number of leaked parts for what is believed to be the iPhone 5S. Those parts are for the volume control buttons as well as the silent/vibrate switch for the smartphone. The parts were posted in images from Luna Commerce and has since shown up on Redmond Pie. 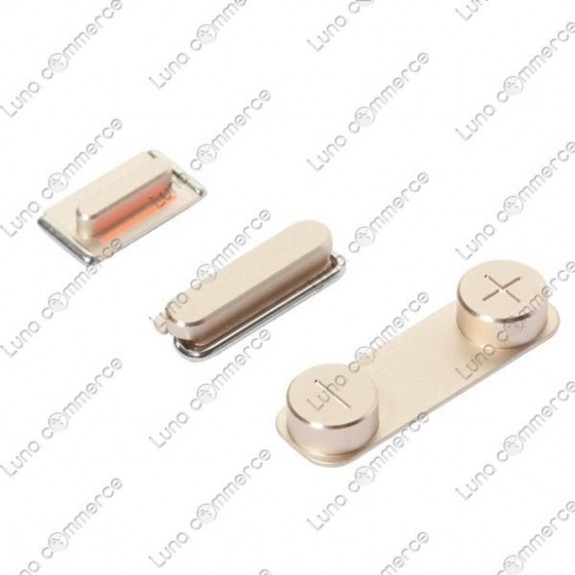 Both the iPhone 5S and the iPhone 5C are expected to come in the fall. Phone Arena reports that Apple could unveil the smartphones on September 18 and the devices could come by September 27.

In addition to the new color option, the iPhone 5S will come with some new improvements. Though the device is largely expected to maintain the same design and form factor introduced on the iPhone 5, a fingerprint scanner and new camera module with a better sensor and dual LED flash have been rumored for the new iPhone 5S as some hardware improvements. The device will also ship out of the box with iOS 7 as well.

It’s unclear if the iPhone 5S will come in other new colors in addition to gold.

Most recently the iPhone 5S was said to potentially be named iPhone 5G, though it’s unclear if Apple will change from its traditional “S” series device naming convention that was used since the debut of the iPhone 3GS.