Is this How the iPhone 6 Will Beat the Galaxy S5?

The iPhone 6 is Apple’s first chance to respond to the Samsung Galaxy S5, and one of the major things Apple needs to compete with is the big, beautiful display. A new rumor suggests Apple plans to adopt a new type of technology that could work with the Sapphire display cover and deliver better color and faster response to touch.

Nearly all iPhone 6 rumors agree that Apple is planning a larger 4.7-inch display for at least one iPhone 6 model, and packing in a higher resolution to deliver sharper looking text, photos and videos on the display, and this new report suggests that new technology from a company Apple is reportedly working with to manufacture the iPhone 6 display could play a role in delivering the best possible iPhone 6 screen.

In 2013 Tim Cook dismissed larger screens claiming too many tradeoffs in quality exist to make an iPhone with a larger screen. This year Samsung delivered the Galaxy S5 with a 5.1-inch 1080P display with impressive color accuracy and brightness that topped the iPhone 5 according to an industry comparison. 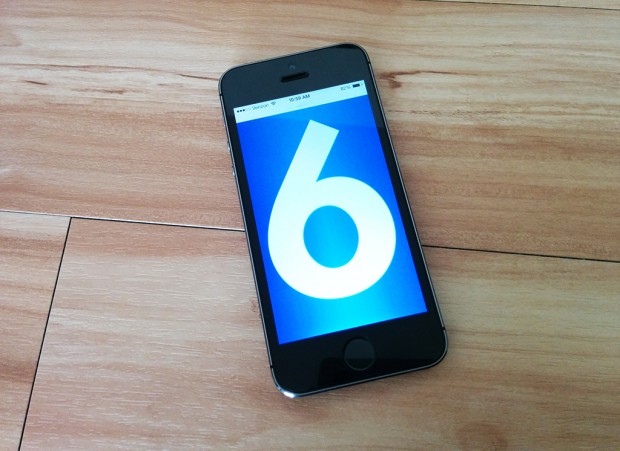 The showdown crowned the Galaxy S5 display the, “best performing smartphone display,” that DisplayMate ever tested, beating out the iPhone 5 and iPhone 5s. This objective comparison shows that technology exists to deliver a great looking iPhone 6 with a larger screen.

Asian publication Laoyaoba shares a report that Apple will use a new on-cell display technology on the iPhone 6, as translated and expanded on by GforGames. This report claims Apple is partnering with Innolux for their ability to use this new screen technology to move the position of the touch layer and deliver a better looking, more responsive display.

If Apple shifts to on-cell display technology it could be the boost in quality that Tim Cook and team needed to add bigger iPhone 6 screen sizes to the mix. The report outlines four key advantages of this potential iPhone 6 screen technology.

With the jump to in-cell screen technology on the iPhone 5 and iPhone 5s Apple achieved a thinner iPhone, better overall image quality, more room for the battery and reduced weight. It is not clear if similar enhancements will come with this rumored change, but analysts and leaks suggest Apple is ready to offer a thinner iPhone 6 in 2014. Rumors of new display tech in the iPhone 5 started at a similar time and The Wall Street Journal added more confirmation in July.

This shows how the rumored iPhone 6 screen tech compares to the iPhone 5s technology.

As the summer presses on and we inch closer to the rumored iPhone 6 release this fall, we will likely hear more about the iPhone 6 screen technology. A rumor earlier this week from another source backs up Apple working with Innolux for iPhone 6 displays.

This new technology could allegedly work with the new Sapphire display covers that Apple may put on the iPhone 6 to keep the screen safe from scratches.

iPhone 6 rumors are flowing swiftly from Asia and from analysts with mockups showing what could be the new iPhone 6 design. Multiple mock ups and models show a thinner iPhone 6 with an iPad Air like design and a power button on the right side instead of on the top of the iPhone.

Analysts expect a 4.7-inch iPhone 6 for early fall and a possible iPhone 6 with a 5.5-inch display later in the year. Inside expect an Apple A8 processor, 1GB of RAM and an upgraded camera with bigger pixels and the potential for some type of stabilization technology. Some reports suggest Apple is adding NFC technology which could let users turn the iPhone into a wallet that can use any credit or debit card.

The iPhone 6 release date is likely in September based on multiple reports and a rumored vacation blackout for Apple employees in Germany. Some rumors point to August, a September release is more likely given the history and the number of analysts pointing to September. We expect to see iOS 8 at WWDC 2014 on June 2nd, with a release to the public a few days ahead of the iPhone 6 in the fall.

The iPhone 6 price may jump due to a Sapphire display cover and a larger screen, but it is not clear if Apple will be able to pull off a higher price on both models.