Another day, another iPhone 6 concept only this one, from designer Arthur Reis, is a beautiful rendition that delivers a fantastic take on real iPhone 6 rumors.

As we move deeper into the year, we’re starting to hear more and more about Apple’s upcoming plans. In just a few weeks, Apple is set to take the stage at WWDC 2014 and showcase new OS X and iOS software. iOS 8 and OS X 10.10 are rumored to be Apple’s new updates and they’re expected to be joined by new hardware. Rumors indicate that it could be the fabled Retina MacBook Air with Retina that finally makes an appearance on stage.

Later in the year, Apple is expected to debut a new iWatch, new iPad models and a new iPhone, a device that is being dubbed iPhone 6. iPhone 6 rumors are rampant and they point to everything from the device’s release date to its display size to its design. And while the real iPhone 6 has yet to emerge, leaked mockups and concepts have given us a look at what we can expect from Apple’s next iPhone. 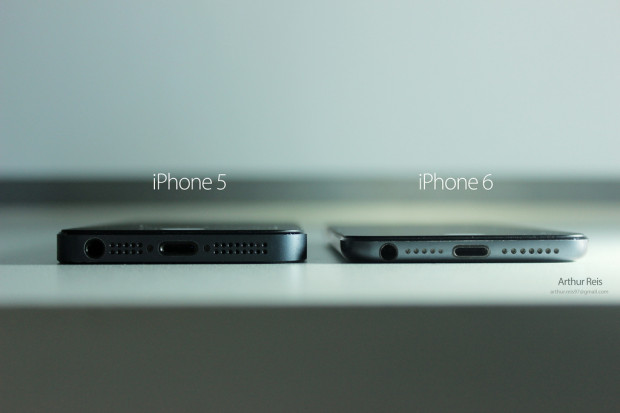 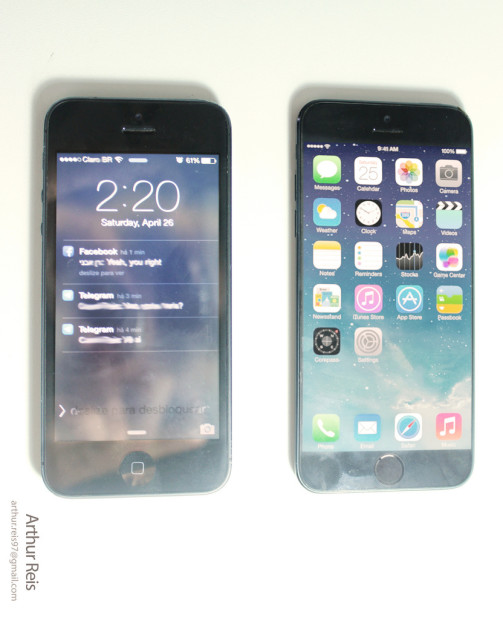 Reis’ iPhone 6 concept brings design rumors to life and it depicts an iPhone that is both thinner and curvier than the iPhone 5, Apple’s 2012 flagship iPhone. The concept comes with a larger screen for iOS, we see iOS 7 here in the renders, and it showcases some of the other design details that will supposedly come on board the real iPhone 6 including Touch ID.

Reis’ iPhone 6 concept is much thinner than the iPhone 5.

This iPhone 6 concept also comes with the new, rounded volume keys that analysts believe will accompany Apple’s redesigned iPhone. The volume keys on the iPhone 5 and iPhone 5s were circles, not ovals. We’re also treated to a look at the Lightning port and headphone jack that reside on the bottom of the current iPhone and are expected to be retained by the next iPhone. 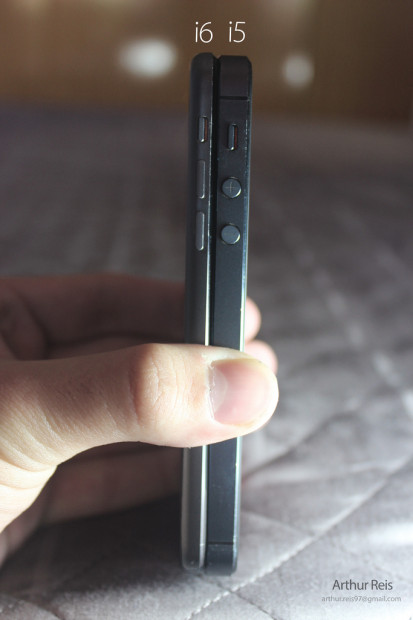 While Reis’ iPhone 6 concept is based on rumors, there is no guarantee that iPhone 6 rumors are accurate and thus, consumers should temper their expectations as we move closer to the iPhone 6’s inevitable launch.

iPhone 6 rumors suggest that Apple could deliver an iPhone 6 that is up to 26% thinner than the iPhone 5s. A recent leak from Ukrainian website suggests Apple is aiming for a smartphone as thin as 6mm, but Ming-Chi Kuo of KGI Securities believes a 6.5 – 7mm thickness is easier for the company to achieve. Recent leaks agree with Kuo’s assessment and point to an iPhone 6 that could measure right around 7mm thin.

In a note shared by MacRumors, Kuo also says that he believes that the iPhone 6 will come with a power button on right and narrower bezels. Reis’ concept shows what thinner bezels could potentially look like on the iPhone 6. 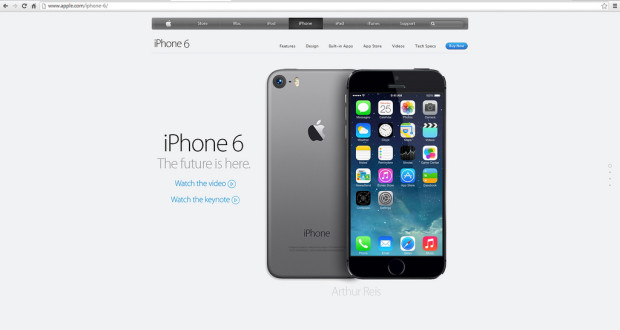 Reis also created a mockup landing page for his iPhone 6 concept. Unfortunately, the real iPhone 6 release date is rumored to be months away from arrival. iPhone 6 rumors almost universally suggest that the device will land in September. A release in August has been rumored though September, at this point, remains the front runner.

The company is expected to debut two new iPhones in the future. Rumors point to a 4.7-inch iPhone 6 and a 5.5-inch iPhone 6. It’s still not clear if both will arrive at the same time or if they will feature staggered releases. The iPhone 6 concept seen here is likely based on the 4.7-inch iPhone 6 option.