While the iPhone 5S release is rumored for this summer or fall, the iPhone 6 release is unlikely until 2014, nearly three years after Steve Jobs passed away.

This is not the first time we’ve heard that Steve Jobs left a plan for Apple. In October 2011, The Daily Mail reported that Steve Jobs spent his last year at Apple working on the next four years worth of products for the iPhone, iPad, iPod and MacBook line of devices.

The new report in the San Francisco Examiner claims that the next two iPhones “preceded Tim Cook.”

The news that Steve Jobs inspired the devices, which could carry the names iPhone 6 and iPhone 5S, comes from San Francisco District Attorney George Gascón who reportedly learned this revelation while speaking to Apple government liaison, Michael Foulkes about an iPhone kill switch. 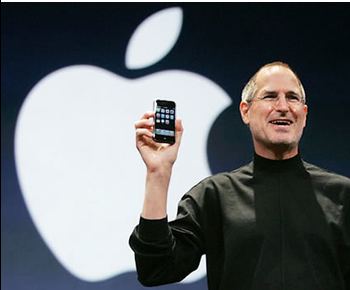 Steve Jobs reportedly played a role in the next two iPhone models, likely called the iPhone 6 and iPhone 5S.

Gascón called the meeting to discuss possible solutions to curtail iPhone and smartphone theft, searching for a kill switch embedded in the iPhone, which could cut the appeal of stealing iPhones and then selling them in the U.S. and overseas. During the meeting, Gascón claims, Foulkes “did most of the talking.” describing the Foulkes as someone, “who’s been trained in the art of doing a lot of talking and saying nothing.”

While The Examiner provides no direct quote about the process, Foulkes reportedly described the process of designing a kill switch for an iPhone and let slip that the next two iPhones are already developed. This news lines up with the original reports that Apple held plans for several new generations of the iPhone and iPad.

Even without the report, it makes sense that Steve Jobs influence will be felt on the iPhone 5S. Just as Google must work through a backlog of Motorola products after the acquisition, Apple is assuredly working on products which began their life as prototypes and goals while Steve Jobs was still living.

With the Apple Board of directors getting a look at new products 6 to 18 months before the release, Jobs’ input and control of the design and features may even stretch past the iPhone 5S and iPhone 6 to the rumored iWatch and Apple HDTV.

The iPhone 5S is rumored as a minor iPhone update that could arrive as early as June or as late as October. Apple is known for keeping an iPhone design for two years, something analysts and leaks seem to agree on. There is a small chance Apple will offer the iPhone 5S in multiple color options like the iPod touch, but those rumors are far from concrete. 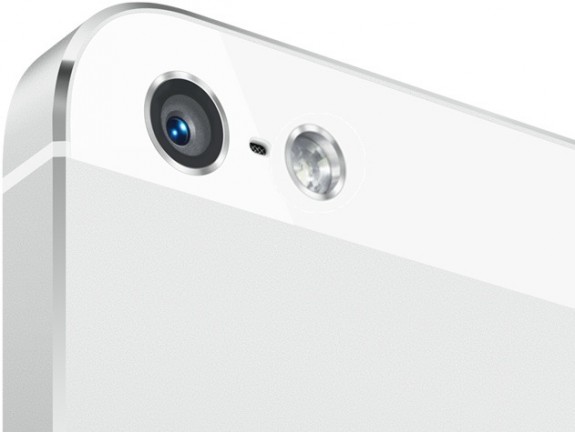 The iPhone 5S could feature a better camera and possibly a dual-LED flash.

Rumored iPhone 5S features include a fingerprint reader underneath the home button, though at least one analyst thinks this may not arrive until the iPhone 6. We’ve also heard reports of a faster processor and a better camera, both of which would fit the Apple pattern of delivering small, but key upgrades. There is also chatter of NFC support for the iPhone 5, but the rumors are still split on this.

The iPhone 6 is likely destined for a new design and according to new rumors a plethora of features. One of the biggest changes might be a larger display. Apple reportedly is in possession of a 4.8-inch iPhone 6 prototype. We could see such a device with a Retina+ display that offers HD viewing on the iPhone.

There are other iPhone 6 rumors, such as the inclusion of wireless charging, the aforementioned support for fingerprint security and talk of no home button on the iPhone. It’s impossible to know what influence Steve Jobs has on the iPhone 6 design, but here are some exciting iPhone 6 concepts that could paint a picture.

There are no solid iPhone 6 release date rumors, though a safe bet is sometime in 2014, as Apple typically spaces iPhone releases by nearly a year.

If Steve Jobs’ influence is still felt on the iPhone 5S and iPhone 6 devices, it wouldn’t be surprising to learn that he played a role in upcoming devices like the iPad 5 and software such as iOS 7.