The latest iPhone 6 rumors have been brought to life in stunning realism thanks to new iPhone 6 photos that showcase Apple’s rumored new iPhone release next to the upcoming Samsung Galaxy Alpha.

Despite all of these credible iPhone 6 design rumors, we’ve yet to the see the iPhone 6 in the flesh. Fortunately, thanks to iPhone models and talented designers, we’ve been able to slowly piece together that iPhone 6’s looks. While these might no serve as an official window into the iPhone 6’s design, these leaks and concepts provide an extremely credible and detailed view. 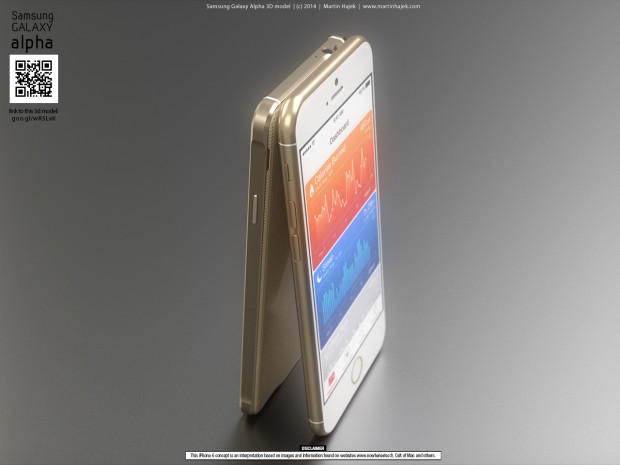 Well known Martin Hajek has taken it upon himself to deliver beautiful iPhone 6 concept renders ahead of Apple’s iPhone 6 launch. These renders combine iPhone 6 rumors and leaks into renders that are stunningly realistic. And Hajek’s latest, which includes a look at how the iPhone 6 could compare to the Samsung Galaxy Alpha, might just be his best effort yet. 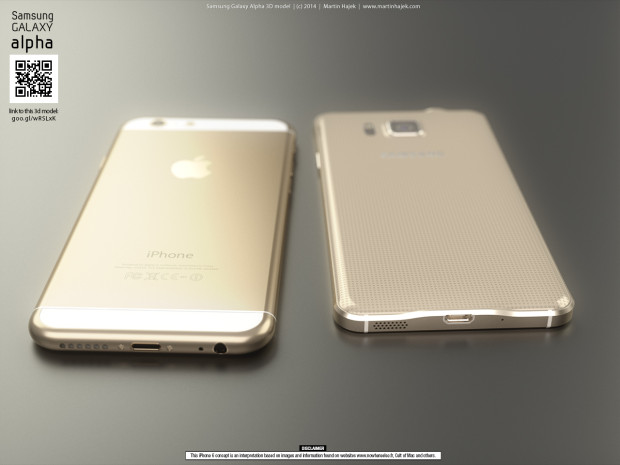 These new iPhone 6 renders showcase the latest iPhone 6 design rumors next to the Samsung Galaxy Alpha, the mid-range Galaxy smartphone that Samsung announced earlier this month, and one that will be joining the iPhone 6 and Samsung’s Galaxy Note 4 in September. The Galaxy Alpha will be released in September though a release date isn’t known. 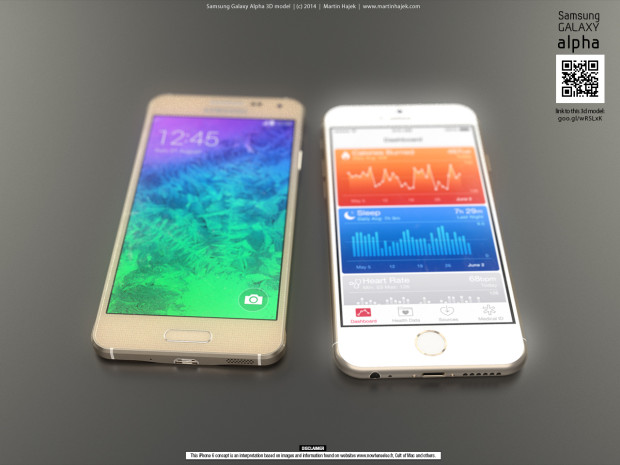 The Galaxy Alpha is a mid-range smartphone but it comes with a premium design that combines plastic with a outer metal edge. It’s a departure from Samsung’s usual designs that only incorporate plastic material and it might foreshadow the upcoming Galaxy Note 4 design, also rumored to have a premium metal edge. 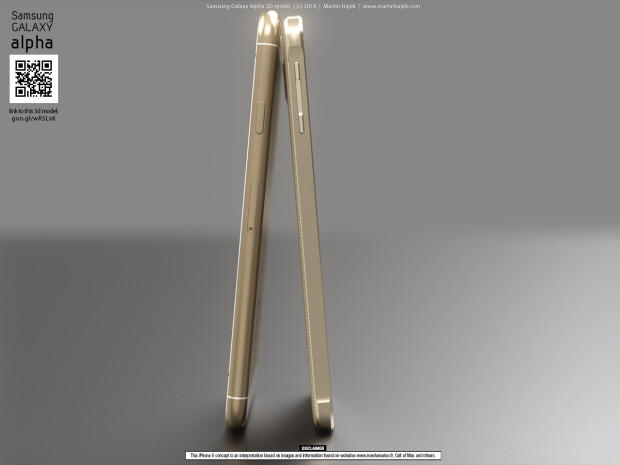 The iPhone 6, on the left, is expected to be thin.

Apple’s iPhone 6 is also widely expected to have a Touch ID fingerprint sensor, a feature that arrived on the iPhone 5s. VentureBeat claims that Apple will introduce improvements that will speed up read times and improve accuracy. We’ve seen enough Touch ID rumors emerge over the past few months to sink a battleship. It’s all but confirmed at this point.

Exactly how the iPhone 6 design compares to the Samsung Galaxy Alpha will be revealed on September 9th when Apple takes the stage to announce the iPhone 6, its features and its highly anticipated release date. 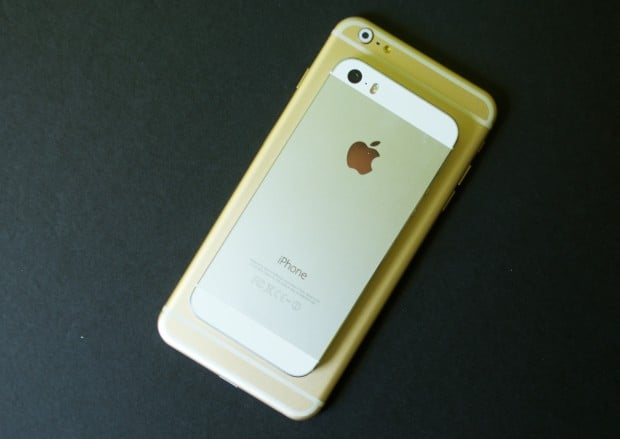 The specific iPhone 6 release date is still out of reach but September 19th fits Apple’s criteria perfectly as it falls just a few short days after the announcement and lands on a Friday. Unsurprisingly, the date is actually rumored to be the first of what could be two iPhone 6 release dates.

Both Recode and The Wall Street Journal expect the company to debut both iPhones on September 9th, regardless of release date. Thailand’s National Broadcasting and Telecommunications Commission (NBTC) recently confirmed that two iPhone 6 models are on the way, a disclosure that reportedly has led to a meeting with Apple.