The iPhone 7 release date prep is starting at major carriers in the U.S. as they begin to court buyers who are looking to upgrade to the new iPhone 7 or iPhone 7 Plus.

At the Apple Event we learned when iPhone 7 pre-orders start and all about the new pricing and options that buyers have — including new iPhone 7 colors.

While carriers aren’t talking about the new iPhone yet, they are clearly reaching out to buyers without saying iPhone 7.

All signs point to the iPhone 7 release date as early as September 16th, and there is a great chance you will be able to buy the iPhone 7 this week for delivery later this month. 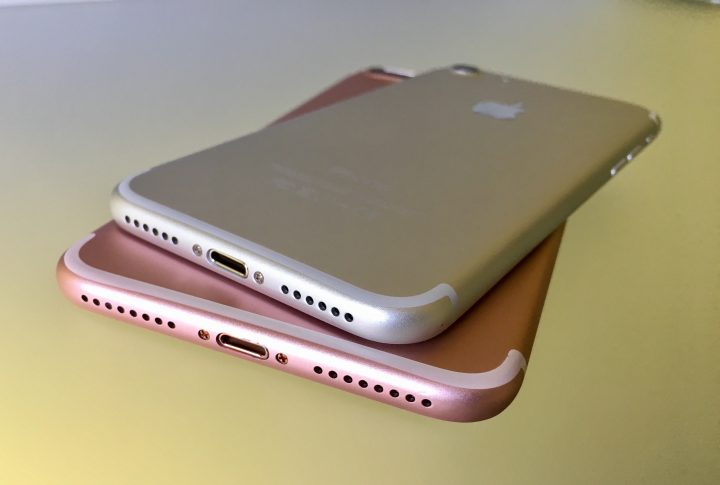 iPhone 7 release date prep is in full swing at Apple and at carriers.

Here is a quick look at the preparation that carriers are already posting on social media, changing their homepage for and taking small steps to get to the front of your mind.

Apple is already in on the prep for the iPhone 7 release date as well. A screenshot shows the Apple Hong Kong store listing iPhone compatibility for the iPhone 7 and iPhone 7 Plus. This could be a fake, but it’s not the only slip up.

#UpgradeSeason is upon us. Get a heads up on pre-order and delivery times of the latest phones. pic.twitter.com/ZFe9ttfQpw

With the Samsung Galaxy Note 7 on recall, it’s clear that Sprint is talking about the iPhone 7 and iPhone 7 Plus with this short ad.

AT&T is directing users to sign up to be the “first to know about new products,” with an email newsletter subscription on the home page.

Once you click-through this, you’ll learn that AT&T is specifically talking about new Apple products. The sign up message is, “Yes! I would like to receive alerts about Apple® and AT&T products and services.”

This isn’t mind blowing, but it is another sign that AT&T can’t wait to tell you about the iPhone 7 that we expect to see on stage tomorrow.

Verizon is not talking about the iPhone 7 or any iPhone 7 deals yet, but it is directing customers to sign up for new information in replies on Twitter.

Great question! At this time we do not have information available. Sign up here for updates: https://t.co/i9pJ6Y2XRk .
*SDF

In some cases the carrier support is a little more straightforward, helping customers understand the iPhone 7 release date upgrade process.

@VZWSupport hello, will I be able to use my upgrade on an iPhone 7 the day it releases? Thanks.

T-Mobile isn’t talking about the iPhone 7, but on Twitter you will find reports from subscribers who claim T-Mobile is calling them to let them know about their iPhone 7 upgrade options.

The official TMobile and TMobileHelp accounts are dodging the questions on Twitter, which is pretty much expected from official accounts until Wednesday afternoon.

I can't wait for the next iPhone! We'll share any and all news right here as it becomes available! #StayTuned *AndresM

You can expect a huge increase in chatter from carriers on September 7th after the announcement.

Below you’ll find a list of the new iPhone 7 specs and iPhone 7 features leaked in a massive report from a reliable source.