The Facebook iPhone app is crashing for most users after Facebook pushed out an update today. Users who have not updated should avoid updating Facebook for the time being, and those who use Automatic updates can follow a quick re-installation to get around the crashes until Facebook offers a new fix.

Users in the reviews, on Twitter and on Facebook are reporting the crashes after updating Facebook today. iOS 7 users may be more susceptible to the issue because they can turn on automatic updates. With auto updates on Facebook will update itself without waiting for a user to tap update. That means many users are already running the crashing version of Facebook. 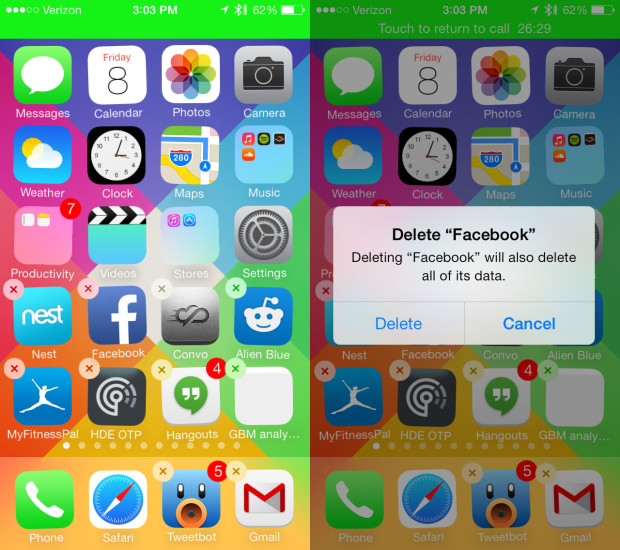 Facebook for iPhone is crashing thanks to a recent update.

If Facebook on iPhone is crashing for you, the easiest thing to do is uninstall the app and reinstall it from the App Store. This installs the older version and shows the 6.7 update int eh App store after installation. It is a good idea to turn off Auto App Updates on the iPhone or iPad for the time being or it will automatically update to the new version of Facebook in a few minutes.

To delete the Facebook app, tap and hold on it until the icons wiggle. Then tap the X on that icon and choose to delete all Facebook data.

This should fix the crashing issues and allow iPhone owners to finally use Facebook on iPhone again. 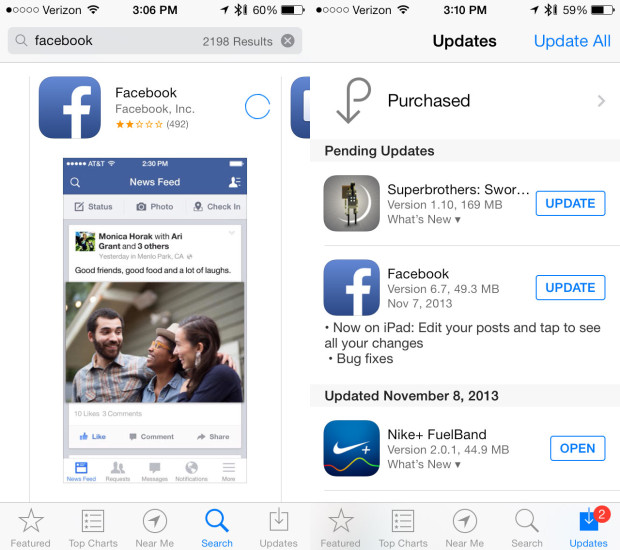 Facebook for iPhone 6.7 is crashing for most users, here’s a possible fix.

Make sure you turn off automatic updates on the iPhone to prevent the bad update from downloading again. Go to Settings – iTunes & App Store -> scroll down and mark Updates to Off.

If none of this works you can always go to Facebook in the Safari browser until Facebook is able to push a new update that fixes the crashing issue. This will not offer the same experience as the Facebook app, but it is better than no Facebook access on the iPhone until the update is replaced.