One in five iPhone owners in the United Kingdom are “constantly overdrawn” according to a study published at the Daily Mail. Only ten percent of all people in the UK fall into that banking category. One possible conclusion is that Apple customers may have expensive tastes but don’t have the money to match. 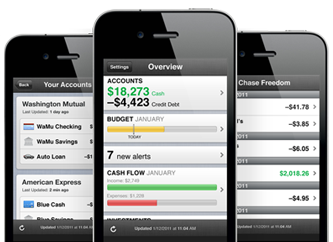 Just shy of half of the respondents to the survey who said they were iPhone owners had an annual income of less than £20,000 per year. For Blackberry users the number with that level of income dropped to 38% and for Android users it was 27%.

The favorite smart phone operating system in Britain, at least in this sampling, is Android at 28% of respondents. iPhone users made up 26% of the poll and only 14% used Blackberry devices.

The Daily Mail article almost implies that it is because they bought an iPhone that the financially strapped respondents cannot afford to balance their checking account. But there is another distinct possibility. The iPhone is the kind of device that is fashionable and attractive to people. Could it be that younger people are less responsible with their money and more likely to want the latest popular gadget?

Android is called the favorite, but that includes a number of smart phones from multiple manufacturers whereas there is only one iPhone maker. Unfortunately the poll doesn’t measure attitudes. It would be interesting to see how these figures compare to other countries like the United States.