iPhone4S Changes in Antenna Have Users Worried about Cases, but Mophie Case Seems to Work Fine

One of the many roller coaster rides that iPhone 4 users looking to upgrade to the iPhone 4S went on after the announcement had to do with the all important case issue. You know you can’t have an iPhone without a case, don’t you? I mean, Apple makes a beautiful piece of hardware that practically requires a case to keep from breaking it or smashing the glass. In general I’ve never understood why cell phone makers worry so much about the hardware design because they are all going to be covered up anyway.

Well, getting past that. The roller coaster ride went like this. First the word was that the phone was the same and the assumption was that all existing cases would work. Then it was noticed that because of the antenna redesign, there was a slight difference in the button placement. So, folks got a little nervous. I admit I did as well, because I’m a big fan of the Mophie Juice Pack case and battery combo. I’m currently using a Juice Pack Plus. While I don’t have this word officially, even with the differences in the antenna, the Juice Pack Plus does indeed fit and all external buttons are working as expected. The iPhone 4S does not slide with the same ease as the previous model, so I’m going to play it carefully until I hear something officially.

I think but can’t seem to find a reference to this currently, that Mophie made an adjustment in their cases for the Verizon iPhone 4 that had a similar antenna tweak from Apple. I may be wrong on that.

I’d be careful before slapping an older case or battery or what have you onto your new iPhone 4S, just in case. Ouch. 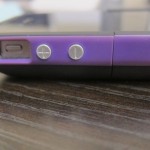 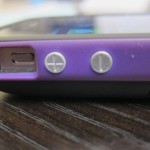