There is no question that Motorola builds some great hardware, and my colleague Josh Smith’s review of the Droid RAZR HD shows that Motorola still has a lot of game left despite hemorrhaging money still in the uber-competitive smartphone space. However, under the ownership of Google, it seems that Motorola is beginning to lose its innovative touch on software. To developers and prosumers who may want to build their own user experience by self-customizations and custom ROMs, this may be a good thing, but for the average consumer on the street, Google’s Motorola is simply lacking the extra pizzazz that an HTC Sense or even TouchWiz has. 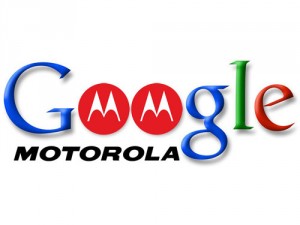 This seems like an odd statement given that we’re pro the vanilla-fication of Android in favor of de-fragmenting this space, but Motorola had done some innovative things in the past that are missing from the latest release of the Sprint Photon Q, the AT&T Atrix HD, and the Verizon Droid RAZR M, Droid RAZR HD, and Droid RAZR Maxx HD. Gone are the innovative–but some may say poorly executed–Webtop OS and the lapdock. Also gone are Motorola’s venture into the cloud to allow users to access their documents, music, and photos remotely stored on their desktop while out with their smartphone. Known as MotoCast, the software was derived from Motorola’s acquisition of ZumoCast, and provided consumers with an easy way to remotely access files stored on their own systems without having to get too geeky with talks about RDP, remote desktops, VPNs, or other non-consumer-friendly lingo.

Does Webtop need refinement? Of course. Could MotoCast be easier to use by consumers? Yes, Motorola could do a lot to promote and simplify the usage. But it looks like all these bits of innovation from the old Motorola have been stripped under new parent Google.

It’d be different if Motorola’s handsets were given the same kind of treatment from Google as a Nexus device where the Moto phones would be among the first to receive the latest OS updates, but that’s not the case. At its late stage of release in mid-October, the flagship Droid RAZR HD is launched with Android 4.0.4 Jelly Bean and dual-core Snapdragon S4 CPU when flagships from rivals (LG Optimus G, Samsung Galaxy Note II) are debuting with quad-core CPU support and the Note II is debuting with Android 4.1 Jelly Bean out of the box. Once revered as the flagship of the Android game, Motorola is lagging beyond competitors on the software and hardware front.

But vanilla Android isn’t so bad, and Motorola’s new handsets still have some enhancements, like a smart settings homescreen when you swipe from left to right and the battery-saving task management app called Smart Actions is still present, but the sexy features that may give Motorola a marketing edge compared to HTC, Samsung, and LG are all gone. To me, software-wise, Motorola’s handset looks like a neglected software build from a mid-range handset where the manufacturer and carrier didn’t want to spend too much time or invest too many resources to make it ‘consumer-ready.’

Even in its packaging, the old Motorola–with the Droid RAZR and the Droid RAZR Maxx–showed a bit more innovation with a wall charger that accommodated two USB ports, most likely as Motorola had hoped owners of these devices would also want to splurge on a MOTO ACTV smart watch. New RAZR HD packaging has a wall charger that resembles older Motorola chargers with a single USB port.

The upside is that with a stripped down UI, Motorola is promising quicker software updates. Additionally, in its conference call, Google is revealing that not all hope is lost as the Google influences on Motorola handsets have not yet been revealed. Google told investors that it had worked hard to streamline Motorola’s product line since acquiring the hardware-maker, but any influence beyond that has not yet reached the marketplace. According to the search giant, product cycles usually take 12-18 months to finalize and given the acquisition of Motorola earlier this year, it might not be until next year that we will begin to see more Google experiences. Hopefully, Google will wow us in the future now that Motorola Mobility is under its arm. Only time will tell.