Yesterday Google announced its wearable computing device, Google Glass, can now be purchased by anyone inside the United States as part of a beta program. Essentially letting anyone be a Google Glass Explorer ahead of an official product launch.

Google Glass is one of those pieces of technology that is hard to explain, but surely will have an impact on wearable computing for the foreseeable future. It’s what many are calling truly the next big thing. After being available to a very very select few individuals, developers and early adopters over the past few months, Google Glass is now available to everyone.

Read: Google Glass Goes on Sale: Here’s What You Need to Know

Anyone in the United States that would like to be part of the elite club of Glass owners can do so, but at the same bloated and extremely high $1,500 developer price tag. Google Glass is an interesting and amazing product, something that will change and evolve in the coming years, but is it worth it? Here we’ll explain a few things about Google Glass, and why most users should wait for Google Glass 2, or a retail launch.

There’s no doubt that Google Glass is a unique and awesome piece of technology. One visit to the Google Glass website will have you instantly wanting to try a pair. Google Glass essentially puts a smartphone into a pair of glasses frames and displays a 25-inch screen right in the users vision. Allowing the operator to do a quick Google Search, make a phone call, text a friend or even search the web all completely hands free. Everything from taking photos, recording video and uploading it to YouTube, to getting driving directions all happens within seconds. There is a lot of potential for Google Glass.

That being said, enjoying new technology that realistically isn’t a finished product isn’t for everyone. Especially when you’re spending enough money to buy multiple game consoles, a brand new Macbook Pro, or even a few tablets and a new smartphone.

The biggest factor when considering Google Glass is the price. It isn’t cheap, not to mention the retail version will not cost anything near the beta units being offered today. This means that if you want Google Glass today you’ll be paying $1,500 (before taxes) and even more if you want prescription frames or some stylish Ray-Ban looking shades to go with it.

$1,500 is a lot of money no matter how you look at it, or how awesome the product is. That being said, spending that kind of money on something that we’d sadly have to consider an unfinished product, a beta developer device that’s still actively improving, is a hard thing to recommend. Google Glass is awesome, and I wear mine all the time, but the average user should most likely wait.

We’ve been hearing rumors that Google Glass 2 is already being developed, and most likely the final retail product that launches in stores and on the Google Play Store as a real device won’t look anything like Glass as you see today. Google Glass is a beta product, a developer device to further the platform and wearable devices as a whole, and the first retail Google Glass will most likely be a different product completely. The specs, shape, and design is expected to be different, but we’ll have to wait and see. 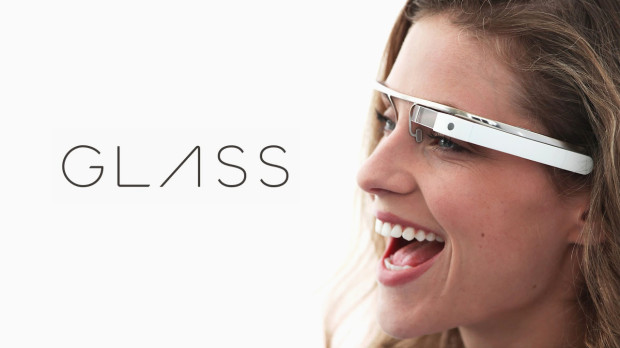 Rumors have been claiming Google Glass will launch in late 2014 to the general public, and that could be what we have now, or something vastly different. For now though, Google’s making sure users buying Glass today for $1,500 know it’s a beta device.

When Google Glass goes on sale later this year (or in early 2015) as a full retail product it will realistically retail for under $499. Reports claim Glass costs $152 to produce, and we rarely see products go for 2-3 times the production costs, especially from Google. Something in the $399 to $449 range makes sense, but again, no one knows for sure at this point.

What we’re getting at is that Google Glass, as it is today, at $1,500 is something enthusiasts or die-hard techies should consider, but no one else should buy it. Not yet at least. Later when Google Glass 2 launches as a better product for 1/3 of the cost, you’ll be glad you passed.

Google has been allowing a small number of users to enjoy Google Glass, are actively accepting feedback and bug reports, and will continue to improve the product over the coming months. We’ve received software updates almost once a month that deliver tons of new features, fix bugs, and improve battery life, but there’s still only so much you can do with this beta product. To be clear, we’re not saying Glass isn’t worth it, it just isn’t worth it right now. Not for the average consumer at least.

Above is a hands-on and video of the second revision of Google Glass, one that most explorers have now. Google’s made subtle changes to allow an earbud for better audio while listening to music or making calls, improved the frame to support prescription frames and shade lenses, and reportedly added a different processor for a slight improvement in performance and battery life.

There’s plenty of options available for buyers, and we’re not trying to talk anyone out of Google Glass, but we’d recommend you wait for a retail product. Developers, enthusiasts, or those who just have to have products first will love toying with Google Glass. But as it stands now, it’s more of a toy and novelty product than something the mass public can and will use. Trying to explain how to use it to my parents was quite the challenge, and something Google’s continued software improvements will need to heavily focus on before a wider release.

Think of this version of Google Glass just like many did with the original iPod. It’s ugly, functions somewhat well, but what’s coming next will be what you’ll want to purchase.