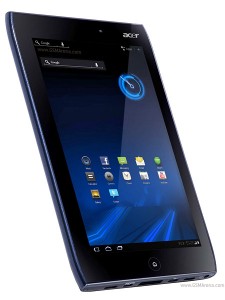 In what could be the Maginot line of screen sizes, Android 3.0 Honeycomb may mark the distinction between 7-inch and smaller tablets versus tablets of 8-inch and larger. The latest victim to fall outside of the safety of Honeycomb’s Maginot line may be Acer, whose 7-inch Iconia A100 tablet is reported to be delayed until later this fall due to complexities of getting the Honeycomb code to work properly on a 7-inch screen.

Though Android 3.0 brought a number of new features, user interface changes, and user experience enhancements to the tablet ecosystem, it marks yet another chapter in Android fragmentation–alienating smaller-screened tablets that were previously released with older versions of Android, including the Galaxy Tab that debuted on Android 2.2 Froyo and the now appearing HTC Flyer launching with Android 2.3 Gingerbread.

So why the change? For one thing, Google says that Android Honeycomb was built from the ground up and designed specifically for tablets with larger screens–many tablets are released with screen sizes anywhere between 8-10 inches–the Galaxy Tab 8.9 is released with an 8.9-inch display and the Galaxy Tab 10.1 come with a 10.1-inch screen. The OS gives apps a new user experience as well, making use of multiple panes like on a desktop, and also provides for a better experience as smartphone apps aren’t just merely scaled up.

However, in as much positive promise that Honeycomb brings, it may be the cause for sorrow as those, including myself, who enjoy the portability and versatility of a 7-inch slate may have to wait for Honeycomb to trickle down as OEMs are still trying to figure out how to make the 1,200 X 800 pixels of Honeycomb’s traditional tablets fit into a 7-inch display with a 1,024 X 600 display like those on the original 7-inch Galaxy Tab or the Flyer.

for its part, HTC is saying that it is evaluating bringing Honeycomb down to the Flyer. The company chose instead to release the hardware with Android 2.3 Gingerbread with its custom and updated HTC Sense user interface along with the unique capability of pen input with an active digitizer.

Google has stated that it will begin to merge elements from its Honeycomb OS and its smartphone in the next iteration of the Android OS, known as Ice Cream Sandwich. Ice Cream Sandwich may be comparable to iOS where we’re having Universal Apps–apps that can learn to scale down to a smartphone size or scale up to the tablet size on the iPad.

According to the DigiTimes report, Acer is reporting issues with app compatibility with the 7-inch display and is awaiting for Google to fix those issues before releasing a 7-inch tablet, which it says will be targeted at the female demographic as the tablets running on a 7-inch display will be both lighter and more easy to hold.