Buried within a video showing off the design of the new HTC EVO 4G LTE for Sprint might be another unannounced EVO smartphone.

Yesterday, HTC and Sprint launched the first 4G LTE enabled EVO device, the EVO 4G LTE, and in doing so released some videos showcasing the device. In one, titled “Get to know the HTC EVO 4G LTE” we get treated to an up close and personal look at the new EVO.

However, according to The Verge, there appears to be another phone, a possible successor to the HTC EVO 3D for Sprint, lurking in the shadows. 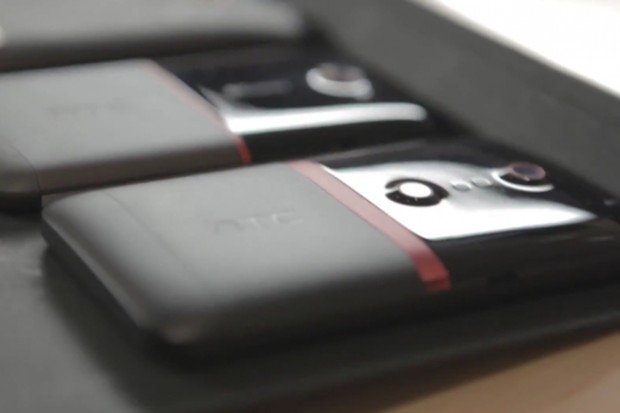 For a quick second, the video shows off what appears to be a prototype of an unannounced phone that has the same dual-camera , dual-LED flash as the original EVO 3D.

Still, there is no other information out there about this device so it’s impossible to say if it’s the real deal or not.

You can check out the video in which this mystery device appears below:

Sprint will be launching its next-generation 4G LTE network later on this month. The HTC EVO 4G LTE is not part of those launch plans. Instead, Sprint will be offering up the LG Viper 4G LTE and likely, its version of the Samsung Galaxy Nexus.

With Samsung seemingly bowing out of the 3D market, and with LG the only big company with a 3D smartphone on the horizon, there is certainly a room for a device like a 4G LTE enabled EVO 3D.

However, it’s unclear if consumers would choose a 3D enabled EVO over a device like the EVO 4G LTE.