Samsung is notorious for keeping its flagship designs under wraps, even as the rest of the device leaks out to the surface. Case in point, the rumored Samsung Galaxy Note 3 which has seen numerous leaks emerge in recent weeks ahead of its expected launch date on September 4th ahead of IFA 2013 in Berlin.

Read: Galaxy Note 3 May Beat HTC One Max to Launch, By A Mile. 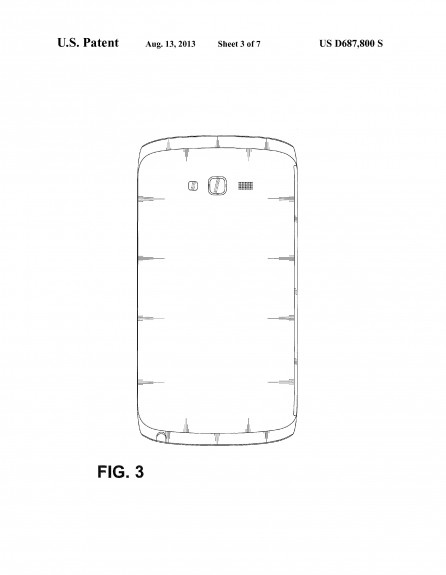 Is this the Samsung Galaxy Note 3?

We’ve seen a number of purported Galaxy Note 3 images emerge though they are thought to have either been prototypes or the Galaxy Note 3 wrapped in a protective casing, something that helps mask the actual design. Today though, we may have finally gotten a glimpse at the actual Galaxy Note 3 design as a Samsung patent filed in June of last year and released by the USPTO today might actually show the phablets final design.

While it’s impossible to say for sure, the patent, dug up by SamMobile, shows a large screen device with a holster for a stylus. The Galaxy Note series is known for its S Pen stylus. It looks a lot like a Galaxy Note and it appears to be very thin as well. The Galaxy Note 3 has been rumored to be taking on a Galaxy Note 2 like design with the same dimensions but there were also whispers about a slimmer, 8mm thin design as well. 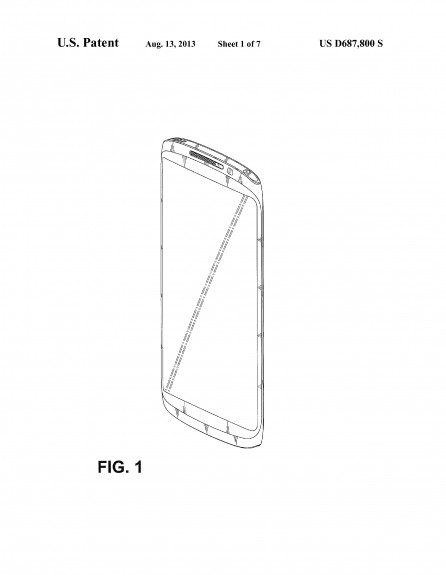 The patent filing shows what appears to be a new Samsung smartphone.

Whatever the case may be, this is a new looking design and if it’s not for the Galaxy Note 3, it could certainly be for something else upcoming in Samsung’s pipeline. 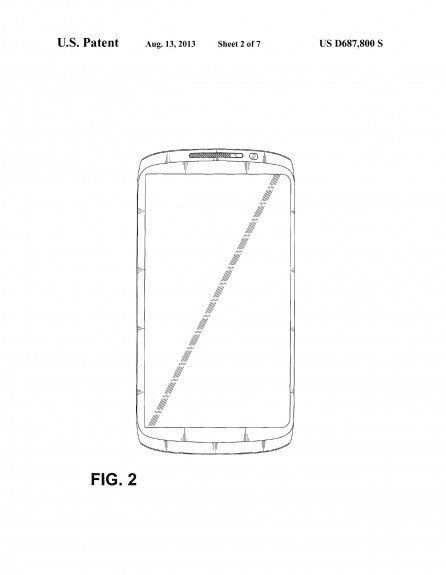 The Samsung Galaxy Note 3 is expected to debut at an Unpacked event on September 4th wherein the device is expected to have a 5.68-inch 1080p display, quad-core processor, 13MP camera, Android 4.3 Jelly Bean, and a release date that is only a few weeks away from its launch date.