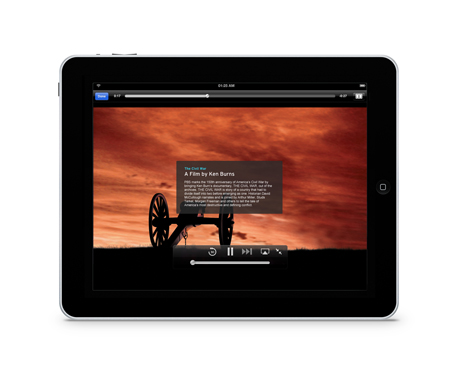 We don’t recommend movies and other entertainment here, though we do occasionally talk about something we’ve seen or experienced. In a departure for that, I will recommend that you might want to take advantage of this.

To commemorate the sesquicentennial observance of the American Civil War, PBS is going to be rebroadcasting Ken Burns’ The Civil War beginning April 3. I’m a history buff with a particular interest in the American Civil War, and I have to say even with that preface when this was first broadcast I found it to be one of the most compelling pieces of television I had ever seen. I still feel that way. Many others did as well and you can certainly argue that Burns’ documentary style influenced quite a few other filmmakers as well.

Well, there’s a special running right now on iTunes where you can grab the first episode (there are 9) for free for a limited time. You can also see it for free using the PBS App for your iOS device. Of course the PBS App lets you stream other PBS content as well.

The free first episode is a limited time offer so if you’re interested you might want to go check it out.